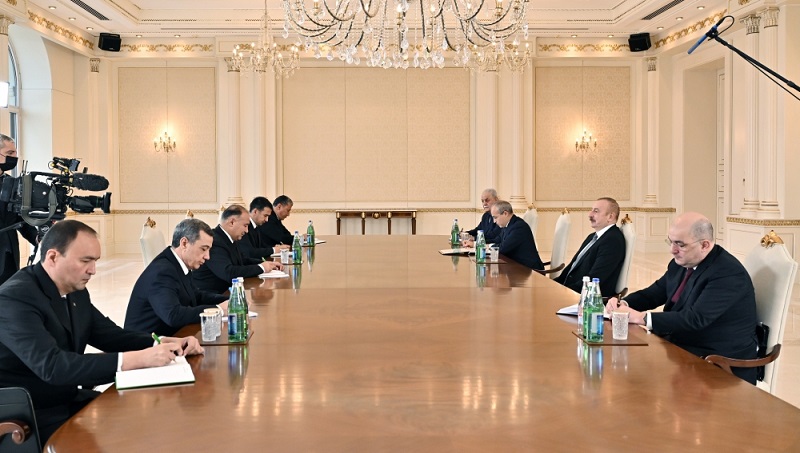 President of the Republic of Azerbaijan Ilham Aliyev has received a delegation led by Deputy Prime Minister of Turkmenistan for Trade Batyr Atdayev, News.Az reports.

Batyr Atdayev conveyed the greetings and respect of President of Turkmenistan Serdar Berdimuhamedov to President Ilham Aliyev. He noted that his country attaches great importance to the visit of the President of Azerbaijan to Turkmenistan this June to attend the 6th Summit of the Heads of State of the Caspian littoral states in Ashgabat.

President Ilham Aliyev expressed his gratitude for the greetings, and asked Batyr Atdayev to convey his greetings to Serdar Berdimuhamedov.

The sides hailed the development of Azerbaijan-Turkmenistan bilateral relations, and pointed out the issues to be discussed at a meeting of the Joint Intergovernmental Commission on economic and humanitarian cooperation between the two countries to be held in Baku today. They exchanged views on the issues of energy, transport, logistics and mutual supply of goods.

During the conversation, they noted that the trade turnover between Azerbaijan and Turkmenistan has increased, and stressed the importance of implementing joint projects for the further expansion of this turnover in the coming period.

The sides also discussed opportunities for cooperation in shipbuilding, ship repair and other industrial sectors.