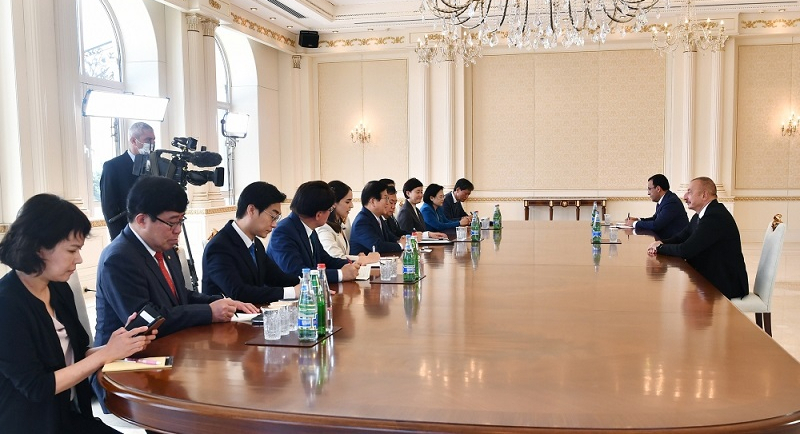 The head of state noted that the two countries enjoy friendly relations.

“Korean-Azerbaijani relations have always developed successfully in the years of independence. High-level reciprocal official visits have been made and very important steps have been taken to develop our political relations,” he said.

Park Byeong-seug, in turn, said he is very glad to visit Azerbaijan in such an important year.

“Because this year marks the 30th anniversary of your independence. Next year will also mark the 30th anniversary of the establishment of diplomatic relations between Azerbaijan and Korea. I came to Azerbaijan eight years ago as Deputy Speaker of the National Assembly and met with you. During these eight years, Baku has changed and developed a lot. I am a living witness that Baku has changed beyond recognition. Baku is very developed. The potential of our relations is greater than the current level of development,” the speaker added.