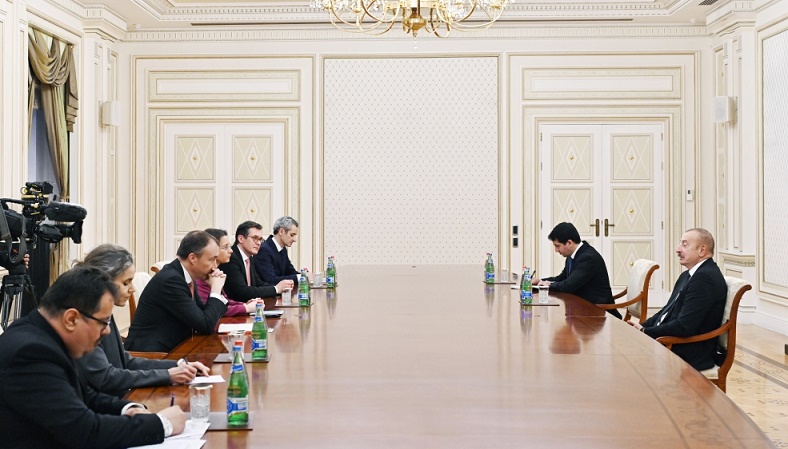 President of the Republic of Azerbaijan Ilham Aliyev has received Continental Europe and Turkey Advisor in the Office of the French President Isabelle Dumont and European Union Special Representative for the South Caucasus Toivo Klaar.

Praising the meeting with the participation of representatives of France and the European Union in this format, President Ilham Aliyev noted that it created positive opportunities for the development of the peace agenda discussed in Brussels.

Continental Europe and Turkey Advisor in the Office of the French President Isabelle Dumont thanked President Ilham Aliyev for receiving the delegation on January 20, the Day of Mourning for the people of Azerbaijan. She noted that they were paying this visit together with representatives from France, as the President of the European Union, and the European Union. Isabelle Dumont underlined that this visit was aimed at holding discussions as a continuation of the positive meetings held in Brussels on December 15.

European Union Special Representative for the South Caucasus Toivo Klaar stressed the importance of the meetings held in Brussels as part of the 6th Eastern Partnership Summit of the European Union, noting the significance of the visit to the region in terms of discussing important issues.

The sides exchanged views on ensuring lasting peace and stability in the region, as well as other issues of mutual interest.