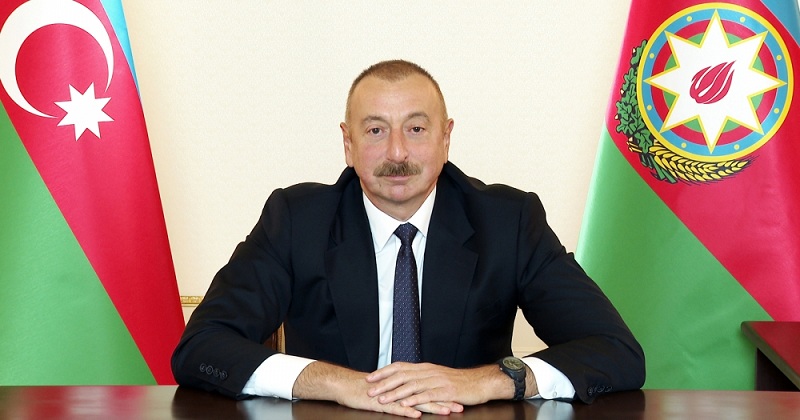 "I think that today's meeting in Moscow will clarify many things. They must accept the basic principles. However, Pashinyan said he did not accept them. He said that he would not give back an inch of land to Azerbaijan. What happened?! Why can’t you hold on to these lands? Why can’t you? What happened? Why did you run away? Now you are kneeling before others, humiliating yourself and humiliating your people. You have brought your country to level zero. He said he would not give back these lands. Who is even going to ask you whether you will give it back or not?! We came and took it, and that is all. We will take as much as we need, if we want, we will take more. As we could have done in July. I have talked about that. In July, we could easily move into the territory of Armenia and occupy lands. No-one could have stopped us. These battles are proving that. We didn't do that. I didn't! However, our army was ready for that. I did not let them because there is a political will. We act within the law. We don’t set our sights on the lands of other countries but we will not give our land to anyone either," President of the Republic of Azerbaijan Ilham Aliyev said in his address to the nation.

"So what happened, Pashinyan? You said that the ‘Nagorno-Karabakh republic” covers all the occupied territories. So come and defend them now. Why are you running to Moscow? Why do you keep calling and annoying world leaders? Who did you not call? Who did you not annoy? I would advise him to call shamans. Let them help him. Or call a chief of a tribe living on a remote island and he will save his life. As they say, he has become a joke character. Open up and scroll through social networks. People are making fun of you and circulating jokes. There has never been anyone in the world who would humiliate his country so much. Why? Because he cannot come and sit on someone else's land and keep it," the head of state said.

"That is why I turn to the people of Azerbaijan and say that we will take our lands back. I remember the leader of the gang illegally living in Nagorno-Karabakh and soon to be thrown out of there conducting a “swearing-in” ceremony in Shusha. At that time, this reverberated a lot in Azerbaijani society. It had a major impact. We took it as an insult – all of us without exception. I remember also receiving calls that we should not allow this to happen, that we should bomb and destroy it. Of course, I could not go for that. Because our war is not against civilians. Unlike Armenia, we do not fire on civilians. But we have not forgotten that. Now let him go and look at the building where he was sworn in. See what state it is in now," added President Ilham Aliyev.