President Ilham Aliyev: Negotiations must not be conducted just for the sake of negotiations, they must be target-oriented and meaningful 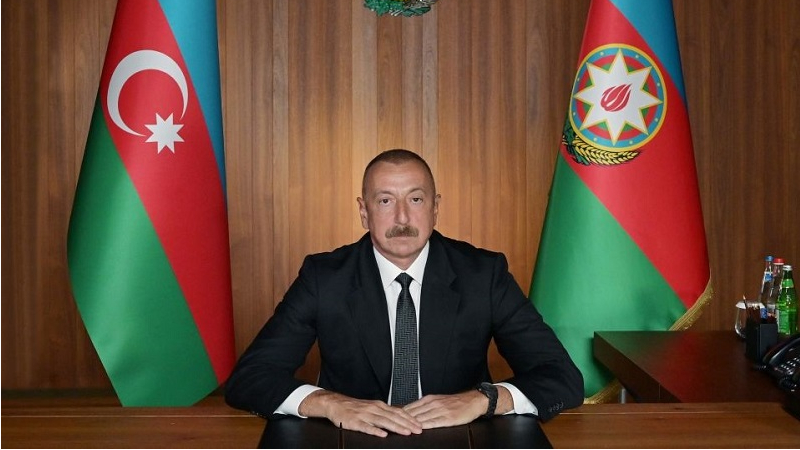 "The glorification of Nazism is the state policy of Armenia. Nazi general Garegin Nzhdeh has been turned into “national hero”. After the Second World War, he was detained and sentenced to 25 years in prison and died there. Almost 6 meter high monument was built in the memory of Nzhdeh in the center of capital of Armenia. Members of a number of Armenian terror organizations like ASALA are glorified in this country," said President Ilham Aliyev as he addressed the general debates of the 75th session of the United Nations General Assembly in a video format, News.Az reports.

"Hostile, Azerbaijanohobic statements and provocations of Armenian leadership demonstrate that Armenia is preparing for a new aggression against Azerbaijan. We call on the UN and international community to urge Armenia to refrain from another military aggression.

The military-political leadership of Armenia will bear all responsibility for instigating provocations and escalation of tensions.

Regretfully, the OSCE Minsk Group Co-chair’s activity has not yet delivered any results. Negotiations must not be conducted just for the sake of negotiations, they must be target-oriented and meaningful.

Presidents of the OSCE Minsk Group Co-chair countries – France, Russia, United States in their statements stressed that the status-quo is unacceptable. We welcome these statements, but statements are not enough. We need actions.

Our involvement in the negotiation process for almost 30 years is a clear demonstration of our commitment to peace. All 11 members of Minsk Group should be actively involved in the process.