President Ilham Aliyev met with President of France, President of European Council and Prime Minister of Armenia in a video format 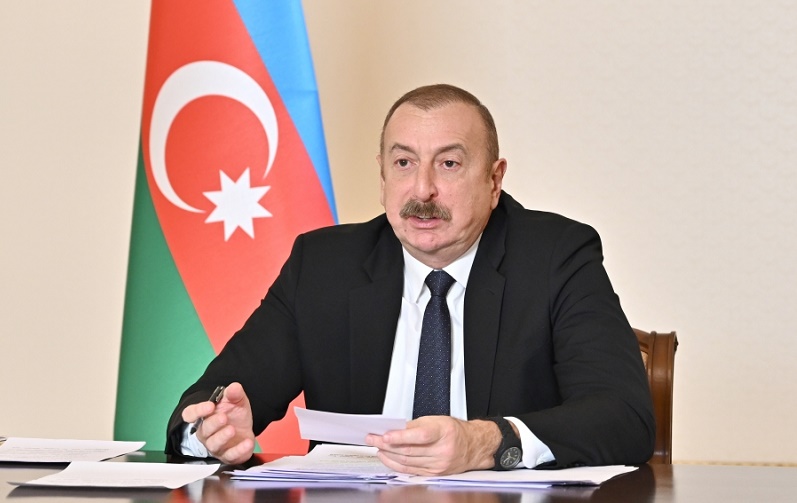 The sides stressed the importance of the joint meeting held in Brussels on 14 December 2021 on the initiative of President Charles Michel and with the participation of President of the Republic of Azerbaijan Ilham Aliyev and Prime Minister of Armenia Nikol Pashinyan.

As a continuation of the Brussels peace agenda, detailed discussions were held on the normalization of Armenia-Azerbaijan relations. In this regard, in accordance with the pre-determined agenda of the event, the sides exchanged views on various aspects of relations between the two countries, including humanitarian issues, confidence-building measures, the problem of landmines Azerbaijan is facing, the opening of communications, the delimitation and demarcation of borders, the start of talks on a peace agreement.

During the discussions, President Ilham Aliyev drew special attention to determining the fate of those missing during the first Karabakh war, locating mass graves, enhancing international support for Azerbaijan in the process of demining the liberated territories, and opening a transport corridor by rail and road.

The head of state highlighted the fact that of a total of 3,890 Azerbaijani citizens, including 71 children, 267 women and 326 elderly people, went missing during the first Karabakh war.

President Ilham Aliyev noted that since the end of the Patriotic War, 36 Azerbaijani citizens had been killed and 165 injured in mine explosions.

The issue of UNESCO's mission to Azerbaijan and Armenia was also discussed at the meeting. The sides agreed that a mission would be sent to both countries.