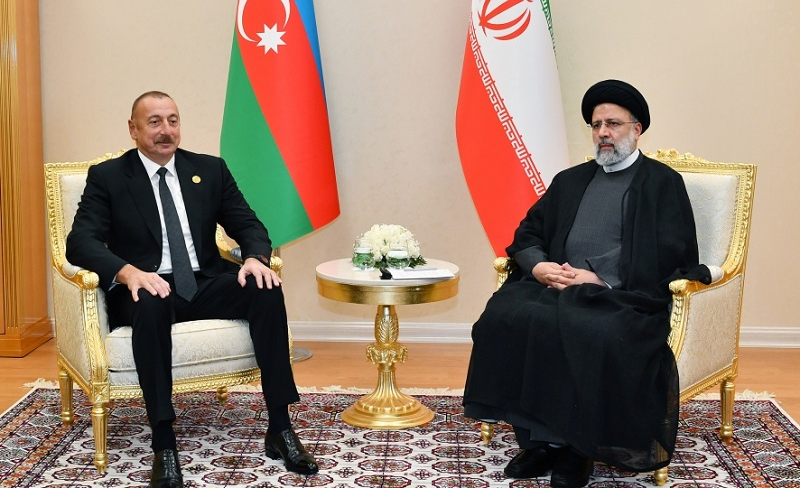 President Seyyed Ebrahim Raisi: Greetings. How are you?

President Ilham Aliyev: Thank you, I am very well.

President Ilham Aliyev: Thank you very much, I am alright. It is a pleasure to see you.

President Seyyed Ebrahim Raisi: I am also very pleased to meet you at the ECO Summit. The Summit of the heads of state of the ECO member states has been a very good opportunity for us to meet. Your officials, both the Deputy Prime Minister and the Foreign Minister, have had very good contacts with the Iranian Deputy Foreign Minister. The Deputy Prime Minister's visit to Tehran was very successful. According to the information I have, very positive discussions were held at these meetings. I am confident that such contacts and discussions will contribute to the development of relations between our two countries. The issues arising in the relations between our countries can be resolved within the framework of such contacts and visits.

Our relations with the Republic of Azerbaijan are not only neighborly, they are the relations of our hearts. The hearts of the peoples of the two countries beat together. We have a union of history and civilization. All this brings us even closer together. We must never allow others to interfere in our relations. We must resolve our own problems, work together to advance our relations and deepen mutually beneficial cooperation. Experience so far shows that when we discuss our issues ourselves, we manage to resolve many of them and overcome the obstacles. Let me tell you with certainty and confidence that one of the first countries to recognize and support the independence of the Republic of Azerbaijan was the Islamic Republic of Iran.

President Ilham Aliyev: Thank you very much, dear Mr. President, I am pleased to see you. I am very glad that such a wonderful opportunity has arisen for the meeting. This is our first meeting. I am confident that this meeting will give a very strong impetus to the development of Iranian-Azerbaijani relations.

President Seyyed Ebrahim Raisi: This will definitely be the case.

President Ilham Aliyev: We attach great importance to relations with the Islamic Republic of Iran. Our peoples are fraternal peoples. We have lived together for centuries. Our relations are also quite broad. Our peoples share a common history and culture. This is a very beautiful ground. We are writing the modern history of bilateral relations on this basis.

The sides hailed the high level of relations and pointed to the existence of good neighborly and friendly ties between the two countries.

The sides noted that the geopolitical situation in the region had changed after the historic victory of Azerbaijan in the second Karabakh war, and stressed the importance of regional countries’ participation in the solution of regional issues.

The presidents also discussed issues of creating an energy hub between the two countries, as well as amongst Azerbaijan, Russia and Iran. The sides also exchanged views on cooperation, economic and trade relations within international organizations.

During the conversation, the presidents reiterated that Iranian-Azerbaijani relations were of a historical nature and pointed to the friendly relations between the two peoples.

At the end of the meeting, the “Agreement defining the terms of transit of natural gas through the territory of the Islamic Republic of Iran” was signed with the participation of the Presidents of Azerbaijan and Iran. 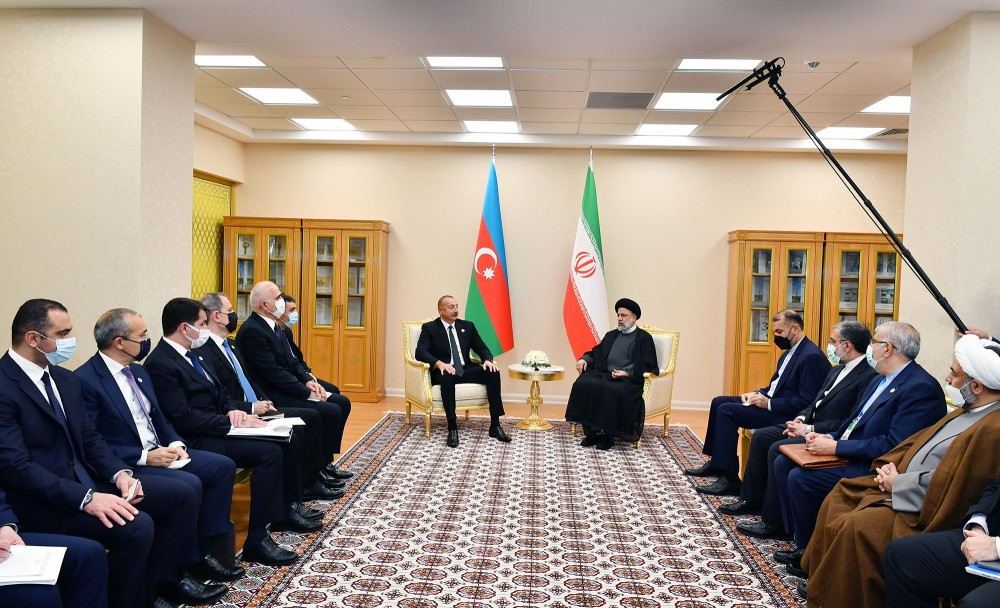 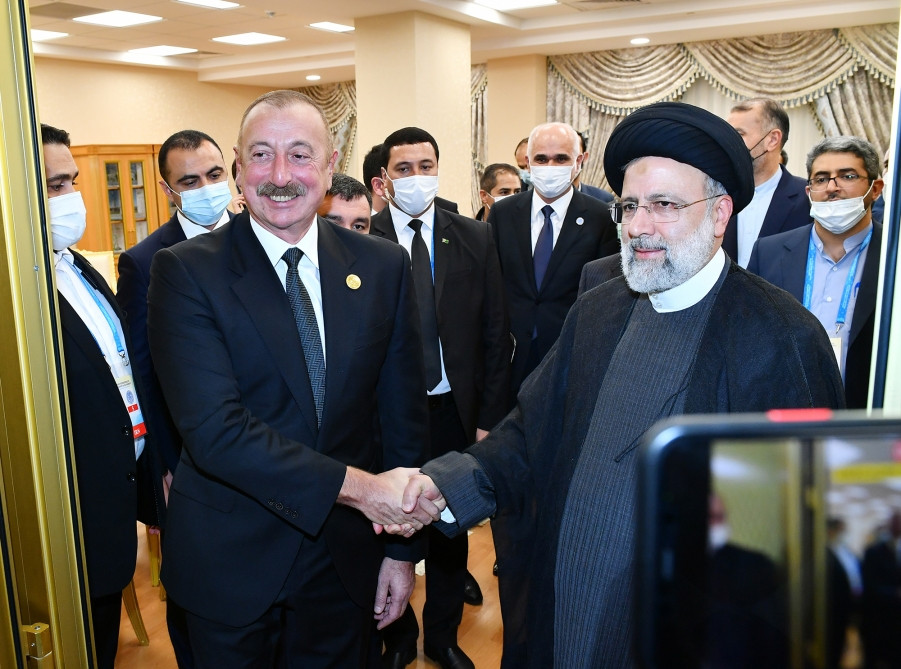