President Ilham Aliyev: I congratulate all people of Azerbaijan! 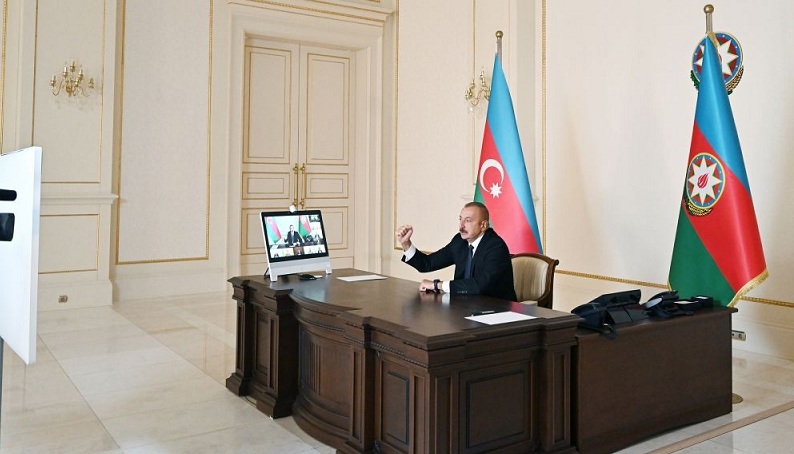 The Azerbaijani Army is currently conducting a counter-offensive in response to military provocation, President of the Republic of Azerbaijan Ilham Aliyev said during a meeting of the Security Council.

“I can say that the operation has been successful. The Presidential Administration and the Ministry of Defense have been instructed to keep the population informed about the events on a regular basis. I can say that as a result of the successful counter-offensive, the enemy's manpower and military equipment were severely damaged. Several occupied Azerbaijani settlements have been liberated. I congratulate all the people of Azerbaijan on this occasion!” the head of state said.

“I am confident that our successful counter-offensive will end the occupation! It will end injustice! It will end the occupation that has lasted for nearly 30 years! Because the people of Azerbaijan want to live on their lands. Azerbaijani citizens live longing for their homeland. People who were forcibly driven out of their ancestral lands by Armenians, by the Armenian leadership want to return to their native lands even though their homes have already been destroyed by savages. Look at the ruins of Aghdam. Look at the ruins of Fuzuli. Look at the state of our mosques in the occupied territories, the state of our cemeteries. All this was committed by Armenian executioners, and we are absolutely right. Our struggle is a struggle for justice, and the citizens of Azerbaijan fully support the state today. We always feel this support. A citizen of Azerbaijan is with the Azerbaijani Army, and I turn to our compatriots who have not been able to return to their native lands for almost 30 years and say that we will do our best to return you to your native lands,” Azerbaijani president said.