President Ilham Aliyev: Having these traditional meetings is very important for us, to understand better our plans, our intentions and to look what has been done 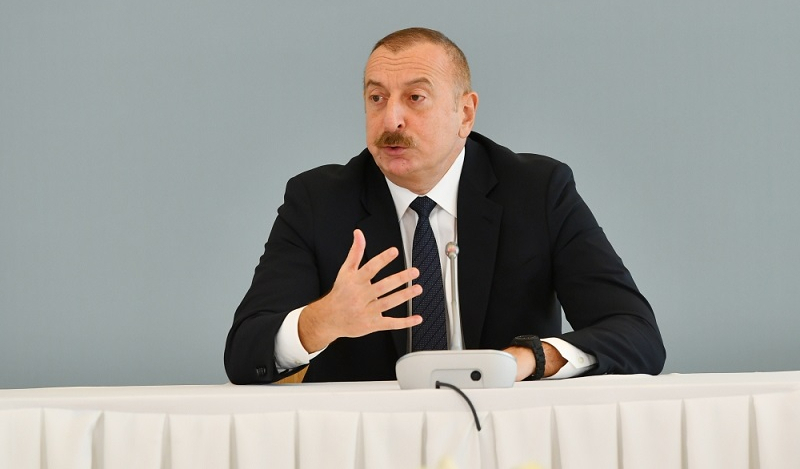 “Having these traditional meetings is very important for us, I think to understand better our plans, our intentions and to look what has been done,” said President Ilham Aliyev as he made a speech at the international conference under the motto “South Caucasus: Development and Cooperation” held at ADA University.

“And what you see is the best illustration of what we had to experience during these 30 years of occupation, and these mass destructions and devastations were not a result of the first Karabakh war. That was a result of barbarism and vandalism committed by Armenia throughout the 30 years of occupation. So all our villages, most of our cities have been destroyed, knocked to the ground. In some regions, like Kalbajar, Lachin and partly Zangilan and Shusha there have been illegal settlement programs officially sponsored by the Armenian government, which is a brutal violation of international conventions,” the Azerbaijani President said.