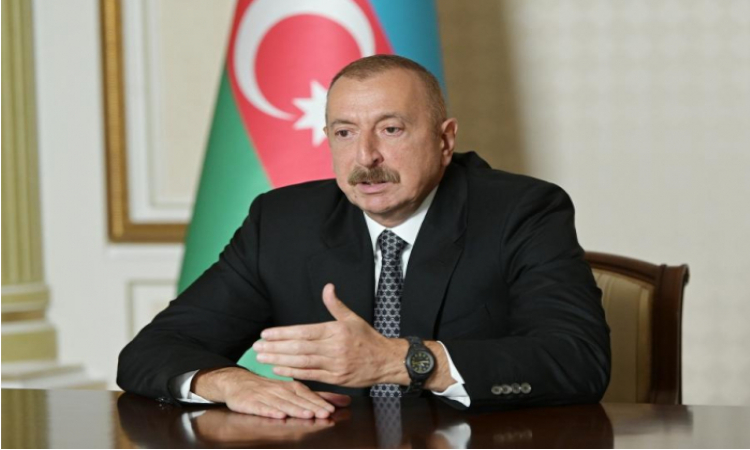 He noted that the direct and indirect investments in the development of agriculture in recent years, including infrastructure projects, have paved the way for major growth. "There are no problems with the provision of machinery. Very important steps have been taken to make government subsidies more transparent, reforms have been carried out. A more comfortable system has been created for farmers, a very transparent system has been created.”

President Aliyev stressed that the development of entrepreneurship is directly related to the country's overall development.

"Our economy must maintain and strengthen its sustainability. In order to achieve this, of course, our non-oil sector must develop. This development was very fast until 2020. Due to the pandemic, an economic downturn is observed in all countries, including ours. But this figure is quite low in our country. The economy fell by only 2.8 percent in seven months. In some developed countries, this figure has reached 30 percent, in Europe it has reached 20 percent. It averages about 15 percent in the Eurozone. Therefore, I think that the low level of this figure in Azerbaijan should be viewed as a great achievement on our part”.

“Unfortunately, entrepreneurs in some districts are treated unfairly, artificial barriers are created for them, local executive bodies ask them for bribes or a share in their business. Obviously this must not be allowed and there must be rigorous control over these issues. Entrepreneurs should only receive support and assistance from government officials. Entrepreneurs should only pay state taxes. No money should be paid to anyone else," he added.