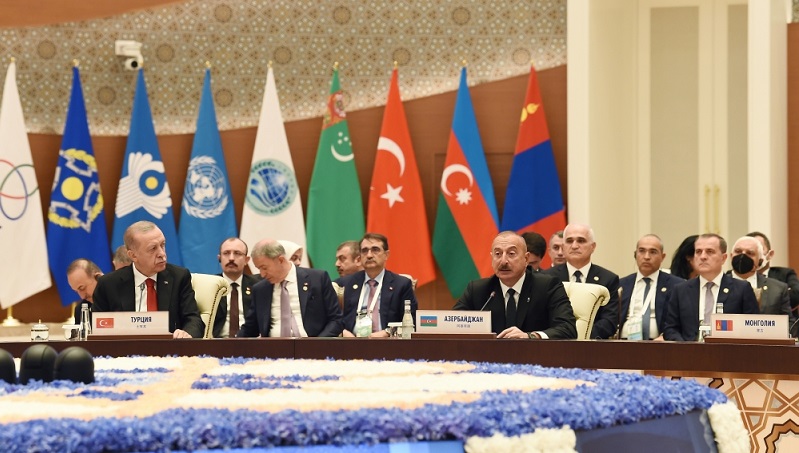 A summit of the Shanghai Cooperation Organization (SCO) member states has today kicked off in Samarkand.

The heads of state and government then posed together for a group photo.

The expanded meeting of the Summit then kicked off.

Chair of the Shanghai Cooperation Organization, President of Uzbekistan Shavkat Mirziyoyev greeted the heads of state and government who attend the Summit.

The President of Azerbaijan made a speech at the event.

Other heads of state and government also addressed the Summit.

The Shanghai Cooperation Organization is an intergovernmental organization founded in Shanghai on 15 June 2001.

Since its inception in 2001, the SCO has mainly focused on regional security issues, its fight against regional terrorism, ethnic separatism and religious extremism. To date, the SCO’s priorities also include regional development.

After 21 years, the organization has become not only a strong pillar of global peace and development but also a major force for international equity and justice.

The SCO has been an observer in the UN General Assembly since 2005. In April 2010, the UN and SCO Secretariats signed a Joint Declaration on Cooperation.

The SCO Secretariat, based in Beijing, is the main permanent executive body of the SCO. The Secretariat is headed by the Secretary-General Zhang Ming.

The SCO Secretariat coordinates the activity of the SCO and provides informational, analytical, legal, organizational and technical support.

The SCO calls for observing the purposes and principles of the United Nations Charter and the principles of extensive consultation, joint contribution and shared benefits, providing a new platform and model for multilateral cooperation to improve global governance.

Uzbekistan is the current chair of SCO. President of Azerbaijan Ilham Aliyev attends the SCO Summit in Samarkand as a guest of honor at the invitation of Uzbek President Shavkat Mirziyoyev. 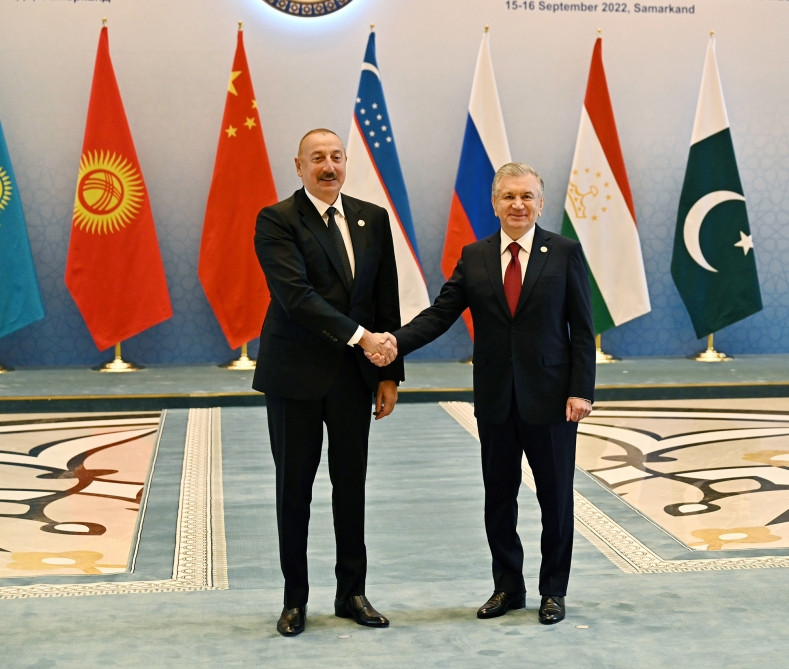 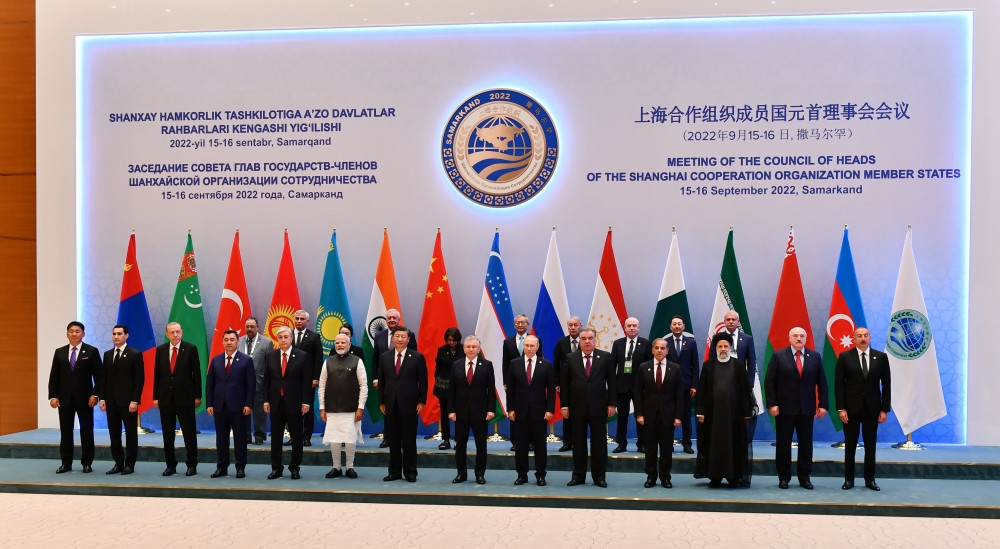 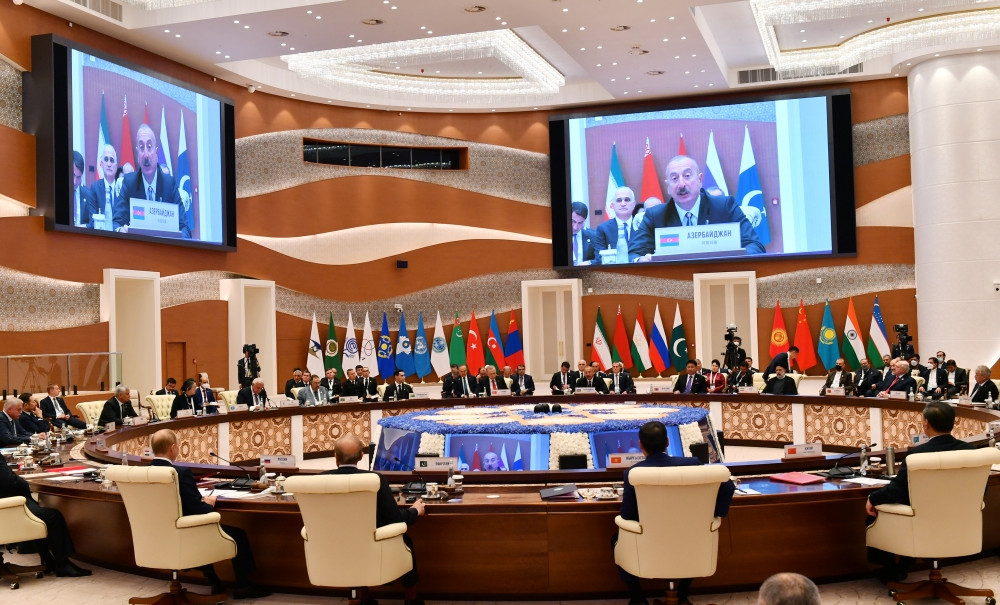