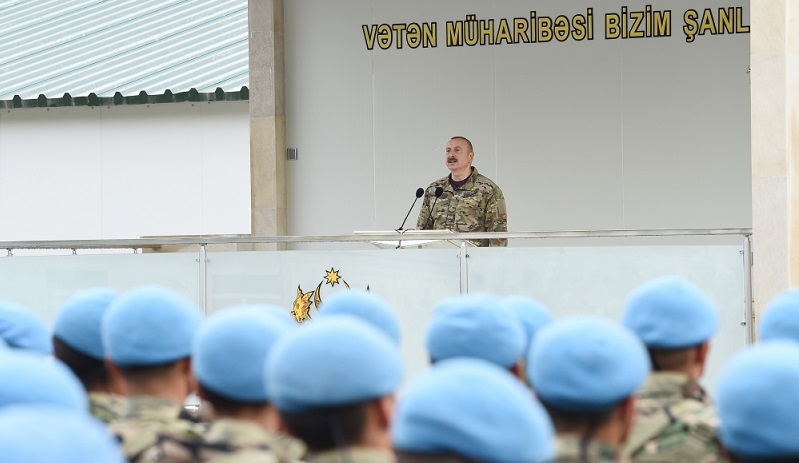 On June 26 - the Armed Forces Day, President of the Republic of Azerbaijan, Victorious Commander-in-Chief of the Armed Forces Ilham Aliyev attended a solemn ceremony to hand over the battle flag to the commando military unit as part of his visit to Kalbajar district, News.Az reports.

The defense minister informed the Commander-in-Chief about the master plan of the newly built military town.

The memory of national leader of the Azerbaijani people Heydar Aliyev and martyrs, who sacrificed their lives for the sovereignty and territorial integrity of Azerbaijan, was honored with observing a minute of silence.

The national anthem of the Republic of Azerbaijan was performed.

The head of state addressed the event.