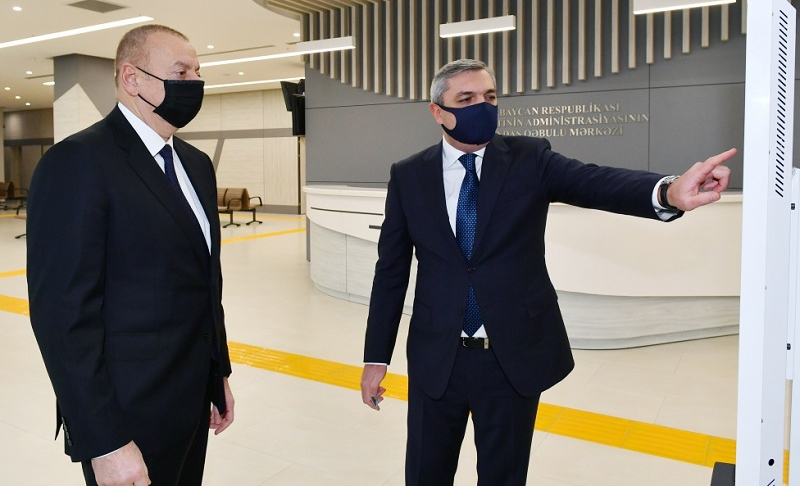 President of the Republic of Azerbaijan Ilham Aliyev has attended the inauguration of the Citizens Reception Center of the Presidential Administration.

Head of the Presidential Administration Samir Nuriyev informed the head of state of the conditions created at the Center.

Necessary conditions have been created for citizens to apply and their appeals to be considered in the five-storey building located at 79 Zaur Nudiraliyev Street, Narimanov district, Baku.

One of the innovations implemented in the Citizen Reception Center is the commissioning of the Call Center. Calling 1111, citizens will be able to report their concerns. The appeals will be immediately accepted by the operators, and the relevant explanations will be given to the citizens. Another innovation implemented at the center is the creation of an opportunity to hold live video conferences with different regions of the country. There is a special communication system that allows all city and district executive authorities of the country to communicate in parallel with the citizen reception rooms and the relevant structural unit of the Presidential Administration.

The commissioning of this Center will create conditions for more expeditious review of citizens' appeals, which is one of the important mechanisms of public control.

Apart from the reception, citizens can apply to the Presidential Palace in the traditional way, or by e-mail through the official website "president.az".

Each of the citizens' appeals received by the Presidential Administration is thoroughly analyzed and all issues raised are considered promptly. 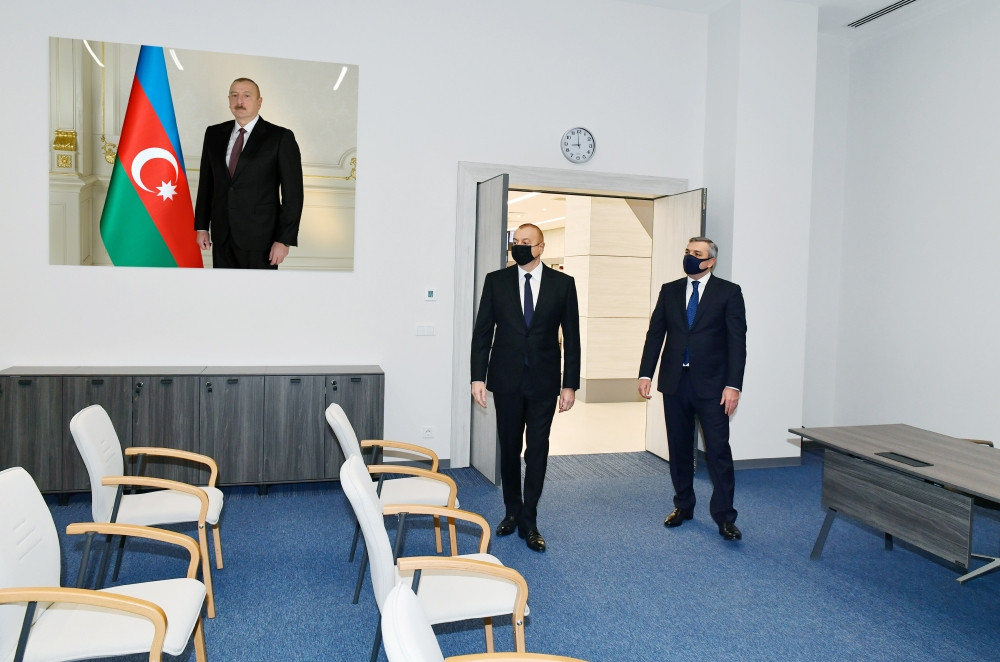 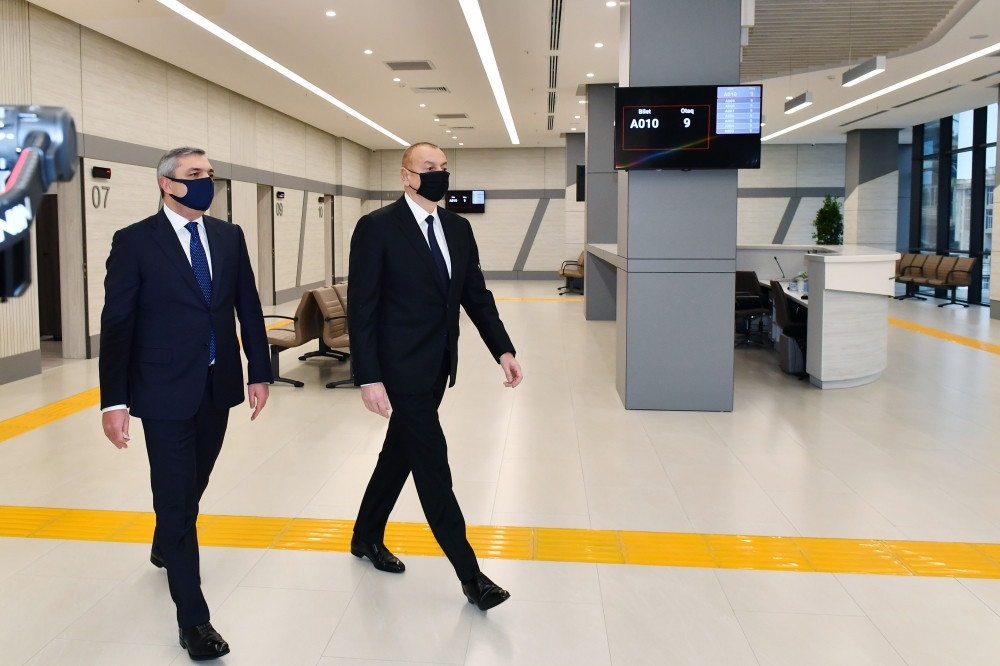 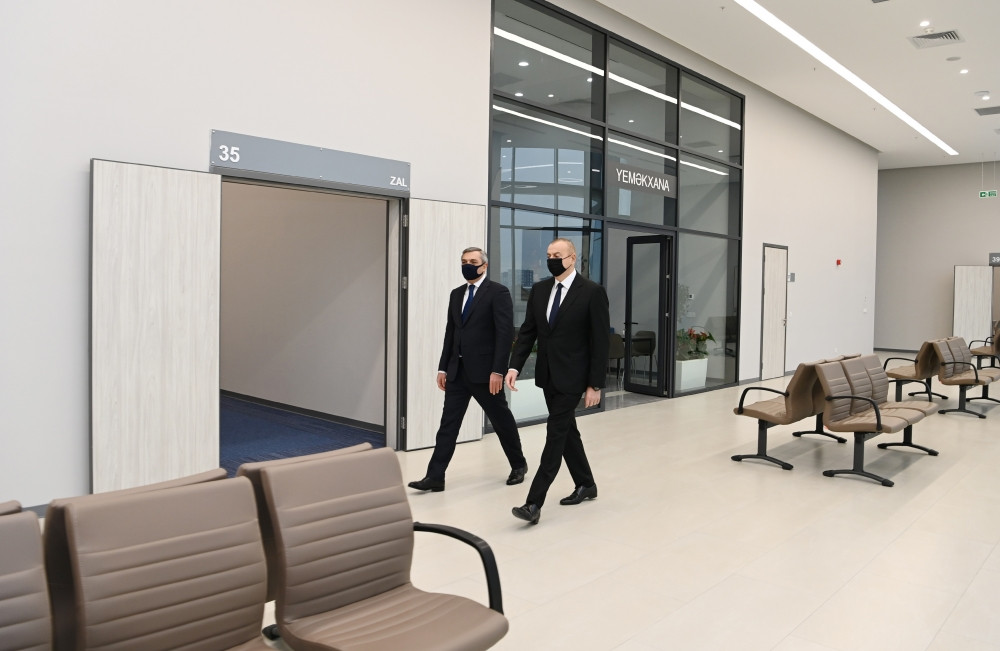 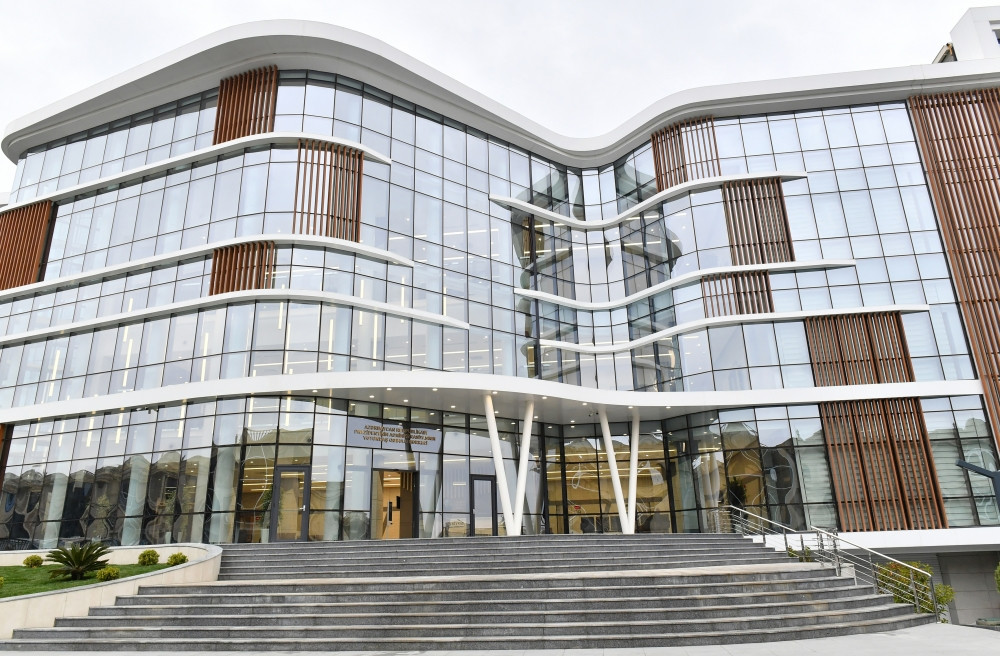