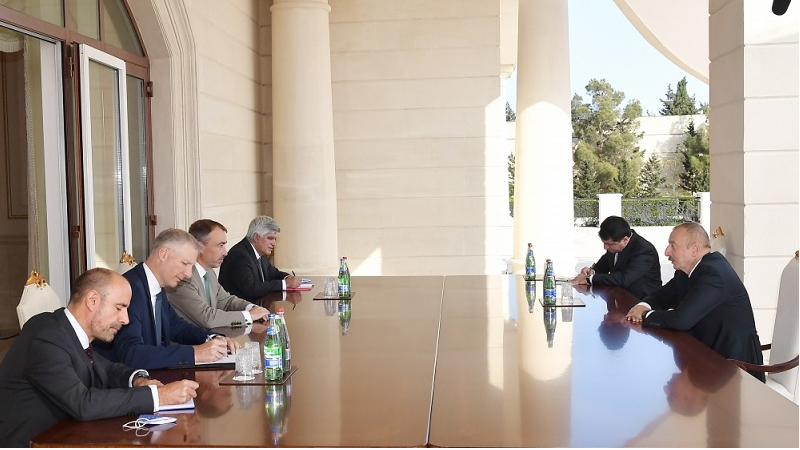 Armenia is preparing for war, President of the Republic of Azerbaijan Ilham Aliyev said when receiving EU Special Representative for the South Caucasus and the crisis in Georgia Toivo Klaar.

“Further evidence of their deliberate disruption of the negotiating process was their consistent efforts to involve separatists from Nagorno-Karabakh in the talks. This was immediately rejected by us and not supported by the Minsk Group co-chairs. In other words, they have wanted to change the existing format of negotiations for many years. As you know, after the July provocations, in August they sent a sabotage group to the contact line, the leader of which was detained by our servicemen. He confessed and testified that he and his sabotage group were sent to attack the civilian population, commit terrorist acts, and attack our military personnel. This suggests that the aggressive policy of Armenia against Azerbaijan continues. This also indicates that Armenia is preparing for war. Another indicator of this is that they have announced the establishment of an army of volunteers and, according to their own statements, these groups will consist of tens of thousands of people. If Armenia wants peace, as it sometimes claims if they want negotiations, then what is this for? Why are these false and ridiculous statements and specific steps? The volunteer army consisting of tens of thousands of people pursues one goal – to attack Azerbaijan. They include old men and even women in this volunteer army. They are conducting so-called military exercises in the occupied territories, which is another provocation against us,” the head of state said.