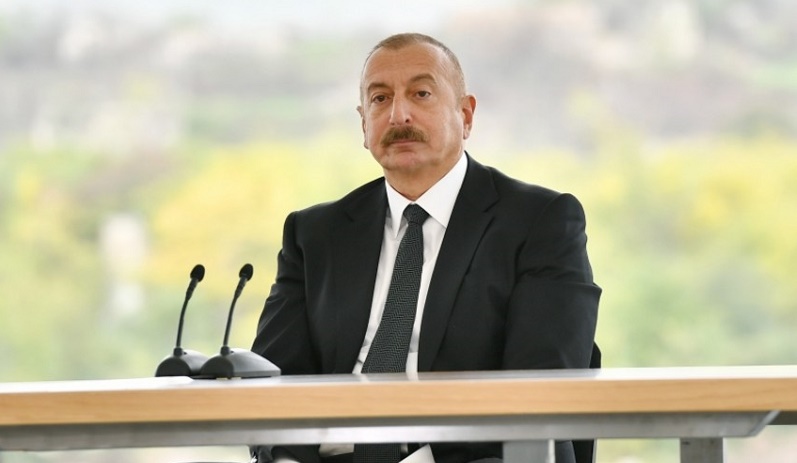 "Now a new period begins for Zangilan, and the master plan for the city is being developed," Azerbaijani President Ilham Aliyev said at a meeting with the public representatives of Zangilan district

The head of state noted that a foreign company won the competition for preparing the master plan for the city. President Aliyev said he believes the master plan will be presented in the coming months.

The president recalled that the first ‘smart village’ project in the liberated Azerbaijani lands has been launched in the Zangilan district.

“Some buildings are already ready, and we will try to start the resettlement of Zangilan residents to Zangilan at the beginning of the next, and maybe at the end of this year,” he added.