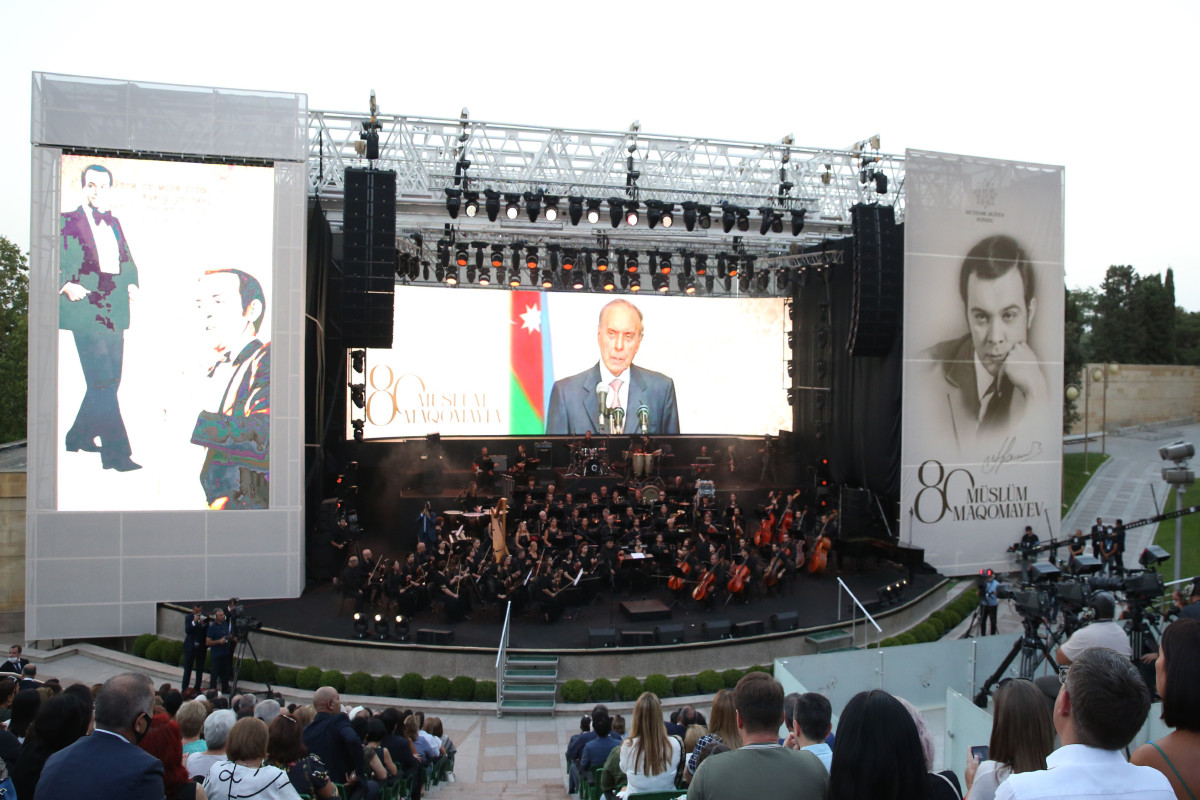 On 17 August, a memorial evening to mark the 80th anniversary of the birth of world-famous opera and pop singer, composer, the People's Artist of the USSR and Azerbaijan, Muslum Magomayev, was organized by the Heydar Aliyev Foundation at the Baku Green Theater Concert Complex, News.az reports.

President of the Republic of Azerbaijan Ilham Aliyev and First Lady Mehriban Aliyeva participated in the event.

Video footages of national leader Heydar Aliyev’s remarks about Muslum Magomayev were shown on the screen.

After the concert, President Ilham Aliyev, First Lady Mehriban Aliyeva and Muslum Magomayev’s wife, People's Artist of the USSR and prominent opera singer Tamara Sinyavskaya came onto the stage to meet with the performers.

It is worth noting that Muslum Magomayev was born in Baku on 17 August 1942. He first appeared on stage at the age of 14. In the 1960s and 1970s, Muslum Magomayev earned acclaim all over the world. At that time, he was a soloist of the Azerbaijan State Academic Opera and Ballet Theater and had completed an internship at the world-famous La Scala Theater in Italy. At the age of 31, he was awarded the title of the People's Artist of the USSR. There were about 600 compositions in his repertoire. Muslum Magomayev is also the author of beautiful songs. The remarkable and universally memorized “Azerbaijan” song composed to the words of national poet Nabi Khazri is one of the most beautiful works dedicated to our country. Muslum Magomayev's contributions to the development of national musical culture have always been highly appreciated. He has received the highest awards of the independent Republic of Azerbaijan – the orders of “Shohrat” and “Istiglal”.

A statue of unforgettable singer Muslum Magomayev was unveiled in the Baku Seaside National Park on 17 August.