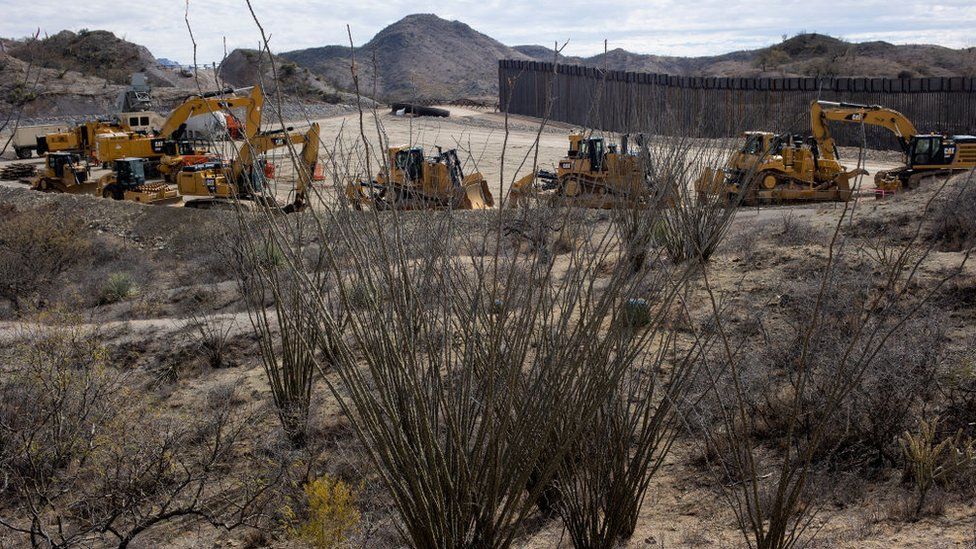 In a letter to Congress on Thursday, Mr Biden wrote that the order was "unwarranted" and said that no further tax dollars will be spent on the wall.

Mr Trump declared a state of emergency over the southern border in 2019, which allowed him to bypass Congress and use military funds for its construction.

When Mr Trump left office, about $25bn (£18bn) had been spent on the project.

The announcement from President Biden is the latest in a series of executive orders that have rolled back key parts of the former president's agenda. 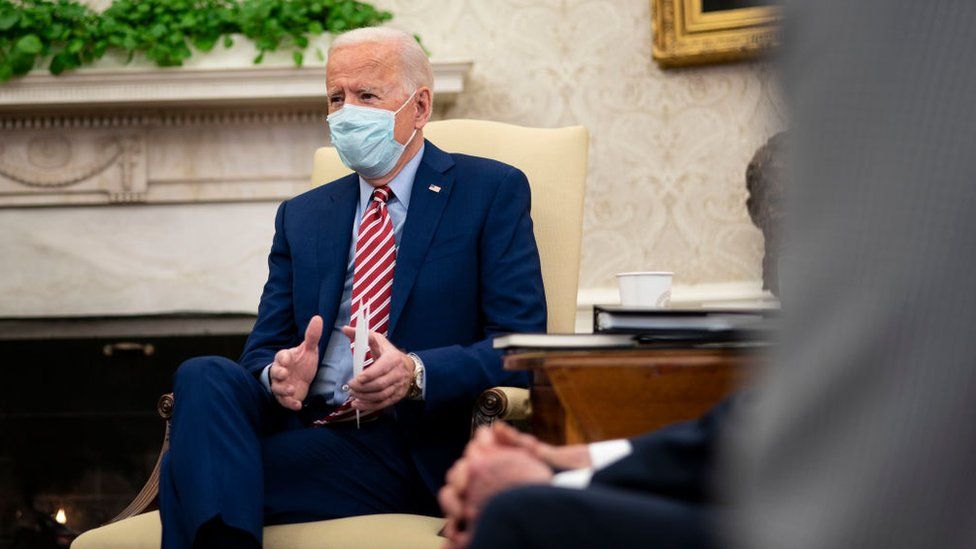 In a letter on Thursday, Mr Biden wrote that he would also seek a review of "all resources appropriated or redirected" to the construction of the wall.

Building a border wall was a signature pledge of Mr Trump's 2016 presidential campaign.

But the project faced strong opposition in the Democratic-controlled House, and the Republican president announced he would use emergency powers to fund its construction.

An emergency declaration allows US presidents to circumvent the usual political process and to access military funding.

Various types of fencing totalling 654 miles (just over 1,000 km) were already in place before Mr Trump became president in 2017.

During his his time in office, 80 miles of new barriers were built where there were none before, and almost 400 miles replaced existing parts of the structure.

"Trump's national emergency was never about security," wrote Arizona Democratic Congressman Raul Grivalva on Twitter following Biden's announcement. "Now we must cancel the contracts and ensure that not another foot of the border wall is constructed."

But some parts of the Trump administration's immigration policy will be left in place.

At a press conference on Wednesday, White House Press Secretary Jen Psaki appeared to confirm the new administration would keep a Trump-era policy that allowed border officials to summarily expel undocumented immigrants amid the coronavirus pandemic.

"Due to the pandemic and the fact that we have not had the time, as an administration, to put in place a humane, comprehensive process for processing individuals who are coming to the border," she said. "Now is not the time to come, and the vast majority of people will be turned away".