President Aliyev: Turkiye and Azerbaijan have become a global powerhouse by joining forces 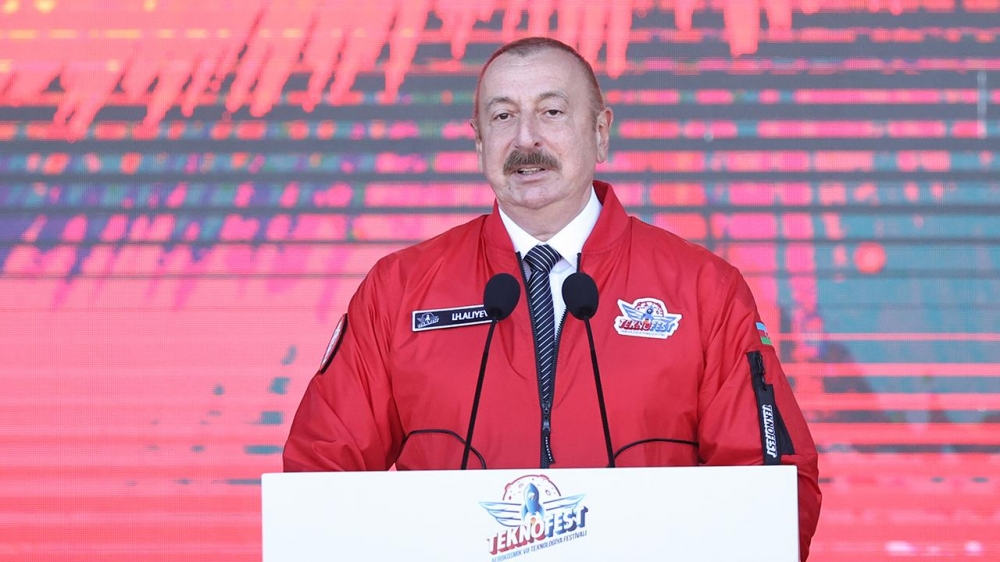 “We are leading our countries forward along the path to independence. I have said many times that Turkiye’s growing power strengthens us, and we have become a global powerhouse by joining our forces,” said President Ilham Aliyev in his speech at the TEKNOFEST Azerbaijan festival in Baku.

“Turkiye’s successful development is first of all associated with President Recep Tayyip Erdogan. In my activity, I have always tried to protect the national interests of the Azerbaijani people and state, to ensure the independent policy of Azerbaijan. The brotherhood between us should be an example to all the people of Turkiye and Azerbaijan,” the head of state mentioned.

Expressing his confidence that Turkiye and Azerbaijan will continue to move forward, President Ilham Aliyev concluded his speech with slogans “Long live Turkish-Azerbaijani unity and brotherhood! Karabakh is Azerbaijan!”.