President Aliyev: Turkey and Russia have great role to play in establishing stability in region 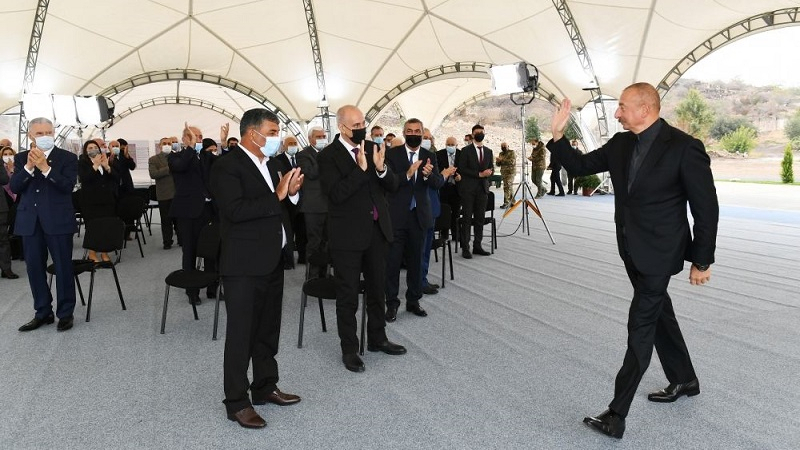 Turkey and Russia have a great role to play in establishing stability in the region today, Azerbaijani President Ilham Aliyev said as he met with members of the general public of Jabrayil on October 4.

“In other words, this format is sufficient for us. Armenia will also join this format. Because there is no other option. That is the reality now. We also support the recent statements on the normalization of Turkish-Armenian relations,” the head of state said.

The Azerbaijani leader noted that at present, a framework of real cooperation in the region is being defined.  “The Turkish-Russian cooperation is a guarantor of stability in our region. Armenian-Azerbaijani relations were discussed during the recent meeting of the Presidents of Turkey and Russia, and we are in constant touch with both Turkey and Russia. As President, I am always in touch.”

The head of state expressed that Azerbaijani supports this format.

“We believe that this is necessary for the region. In other words, it is necessary to eliminate any risk of war. This format is sufficient for us – Turkey-Russia-Azerbaijan-Armenia. Anyone interested in joining in may join, those who aren’t are in a better position to judge. In any case, no initiative can be realized in this region without the consent of Azerbaijan. Everyone should know this,” President Aliyev added.