President Aliyev: Sports must be developed in liberated Azerbaijani lands 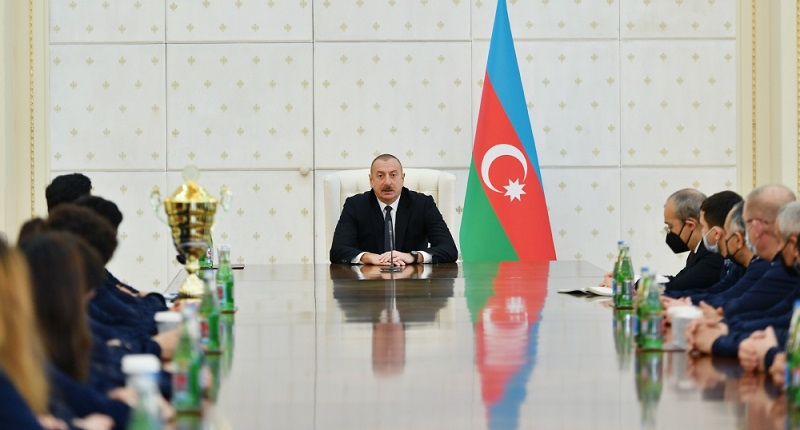 Sports must be developed in the liberated Azerbaijani lands, President Ilham Aliyev said as he received members of the Azerbaijani team participating in the 7th U23 European Wrestling Championships which was held in Bulgaria, News.Az reports.

The president noted that the Azerbaijani state is already working on that, and stadiums, sports centers and other sports facilities are part of the master plans of all liberated cities.