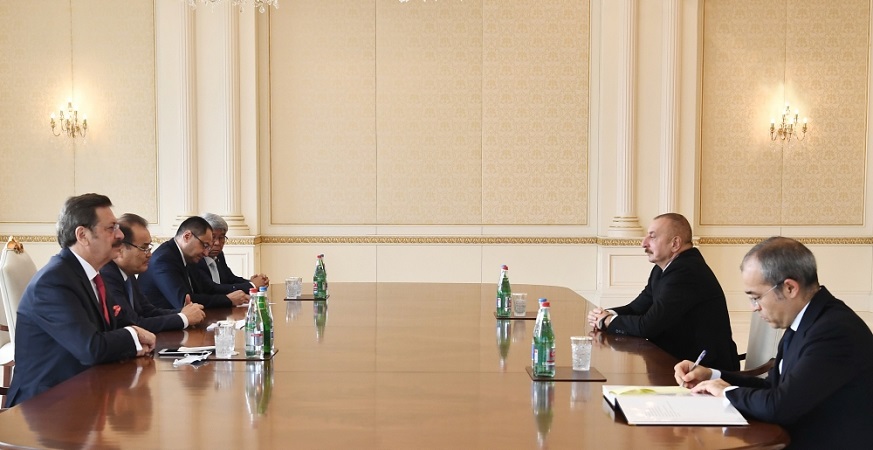 The situation in the occupied territories is deplorable, all Azerbaijan's historical and religious sites have been destroyed and desecrated, said Azerbaijani President Ilham Aliyev.

The head of state made the remarks Monday during a meeting with Secretary-General of the Cooperation Council of Turkic-speaking States Baghdad Amreyev, President of the Union of Chambers and Commodity Exchanges of Turkey Mustafa Rifat and President of the Chamber of Commerce and Industry of the Kyrgyz Republic Marat Sharshekee.

“The war has been going on for more than a month. We are teaching the occupiers a lesson and driving them out of our lands. Many settlements have already been liberated. Every week, dozens of new settlements – cities and villages – are liberated from the occupiers, and the victorious Azerbaijani Army continues its successful operation,” President Aliyev said.

“The situation in the occupied territories is deplorable. All our historical and religious sites have been destroyed and desecrated. Armenians kept pigs in a mosque in the occupied territories in the Zangilan district, and these videos are available on the Internet. This has angered the entire Muslim world. This shows again that the Armenian state hates the entire Muslim world, otherwise such actions would not have taken place. Of course, the whole Muslim world can see yet again what kind of savage enemy we are facing,” he added.