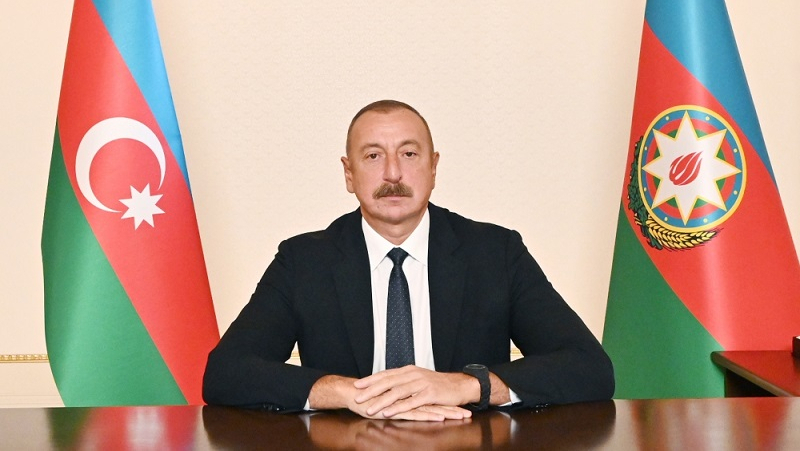 Azerbaijan’s President Ilham Aliyev said he is ready to talk to Armenian PM Nikol Pashinyan at any time when he is ready.

In an interview with the Spanish EFE news agency, President Aliyev expressed his readiness to hold talks with the Armenian side.

“I am ready, and I already expressed this position if the Armenian side is ready, I am also ready. We had one meeting that was in trilateral format at the invitation of the President of Russia Vladimir Putin, at the beginning of this year. I am ready to talk to Mr. Pashinyan any time when he is ready,” the head of state said.

The Azerbaijani leader said he is open to possible discussions.

“So, I am open for these discussions and I think that could be also a good indicator that the war is over and that page has been turned down. This is very important. Because still we see and we hear in Armenia, in political establishment, the statements which demonstrate the attempts of revanchism, the attempts of future plans to regain back territory which belongs to us by history and by international law. Therefore, the willingness of the Armenian government, the serious willingness, not only words but statements and actions will demonstrate that the war is over, and we are moving towards the period of peace,” President Aliyev added.