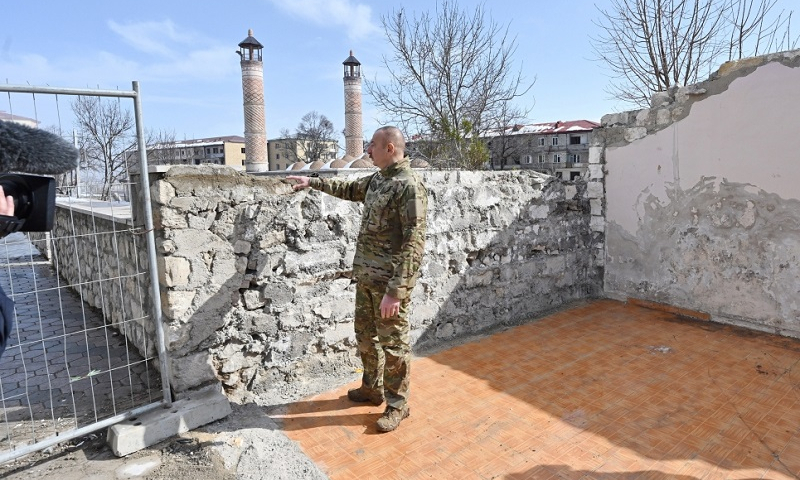 It is barbaric to bring a city with the landscape and nature of Shusha to this condition, President of the Republic of Azerbaijan Ilham Aliyev said during his visit to the city of Shusha.

“They have destroyed the homes of Azerbaijanis and believed that this occupation would last forever. We have put an end to the occupation,” the Azerbaijani president said.

“I have said that Shusha will become not only one of the most beautiful cities in Azerbaijan, but also in the world, and we will achieve this – 100 percent. This is the ruined building of the Real School. Notice what the Armenians have done to it. According to my information, there was a boarding school on the left. It is also demolished, only a part of the facade remains,” President Aliyev added.