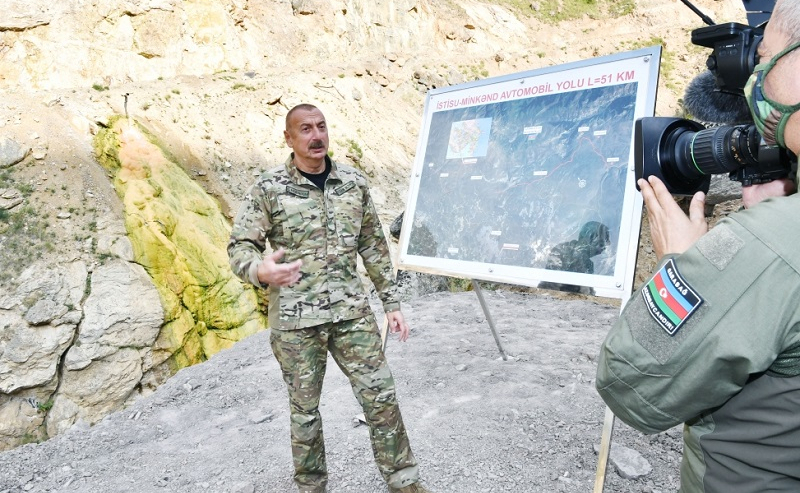 “During the occupation, Armenians also illegally looted our natural resources. Some foreign companies helped them in this work. These companies now have two options: either they will pay us compensation or they will go to international court,” said President of Azerbaijan Ilham Aliyev in his speech during the visit to Kalbajar.

Noting that legal proceedings have already been launched, the head of state said: “We started that, invited well-known international law firms, and lawsuits are being prepared now. Our gold deposits Soyudlu in Kalbajar, Vejnali in Zangilan and elsewhere were exploited by foreign companies. Didn't these companies know that this is Azerbaijani land? They did! But they ignored that. They will be held accountable now. We have said that if they don’t want us to embarrass them on a global scale, let them come and reimburse the damages to us, pay compensation, and then they can live comfortably.”