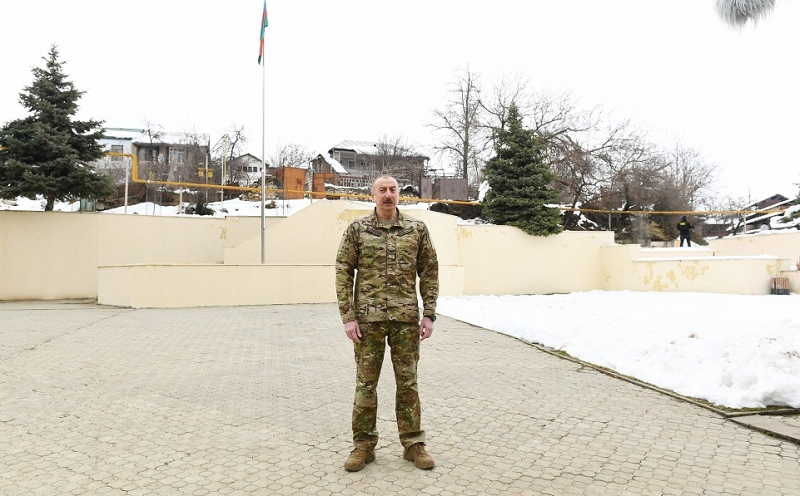 Azerbaijan’s glorious 44-day war and Victory are being studied in the world's leading universities these days, President Ilham Aliyev said as he made a speech after raising the state flag in Hadrut settlement.

“In fact, military experts, specialists and even politicians from many countries are talking about our war and saying that it was a war of the 21st century,” the head of state said, stressing that Azerbaijan won the war, expelled the enemy from its ancient lands and restored historical justice.

The Azerbaijani president recalled that Hadrut settlement was considered the center of Hadrut district of the former Nagorno-Karabakh Autonomous Region.

“After the abolition of the Nagorno-Karabakh Autonomous Region, Martuni and Hadrut districts of the former autonomous region were merged and Khojavand district was set up. The ancient historical name of this place, Khojavand, was returned. During the war, more than 50 percent of Martuni district of the former Nagorno-Karabakh Autonomous Region and 100 percent of the territory of Hadrut district,” he added.

According to the president, commenting on the outcome of the war, some say that Azerbaijan has liberated seven districts, which is not the case.