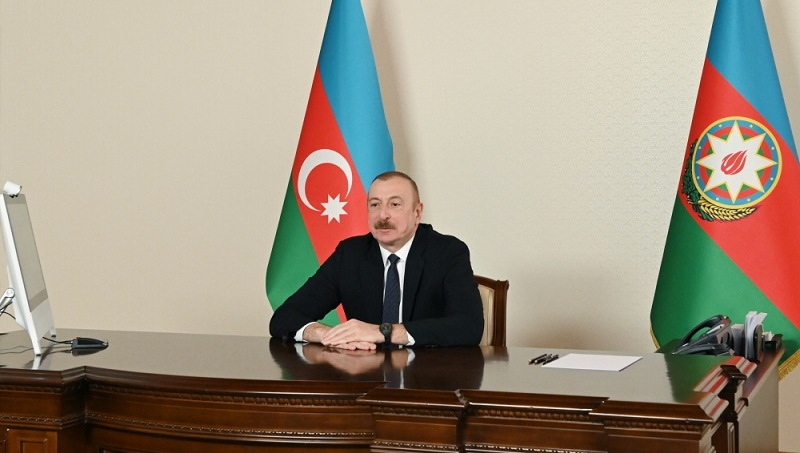 Azerbaijan restored its independence, restored international law and created actually new realities in the region and in the world, said President Ilham Aliyev as he received in a video format co-chair of the Nizami Ganjavi International Center Ismail Serageldin.

President Aliyev said a lot will depend now on proper evaluation of these realities by regional countries, by big powers in order to use this opportunity to establish long-lasting peace and stability in the region.

“I think that today Azerbaijan really demonstrates its willingness to turn the page of hostility, turn the page of hatred, of confrontation and to build the future for the region. And actually we already started, we started reconstruction, we started implementing projects which will be beneficial for all the regional countries, and eventually, for stability and predictability in the region,” he added.

The Azerbaijani leader said all need to evaluate the new realities and planning their actions as governments, as international organizations to focus on positive opportunities of cooperation and peaceful co-existence.