President Aliyev: Azerbaijan is one of world’s leading countries in terms of natural gas supply 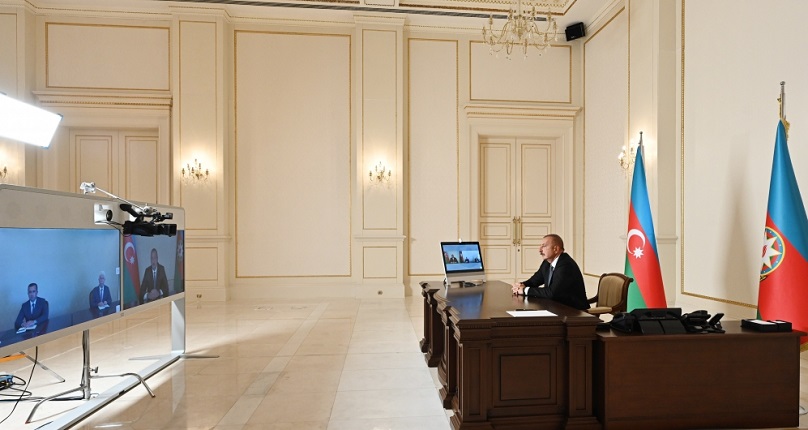 The supply of natural gas in Azerbaijan has reached 96-97 percent today, and according to this indicator, the country is one of the leading countries in the world, said President Ilham Aliyev.

President Aliyev noted that in recent years, great work has been done for the socioeconomic development of Jalilabad and Shamkir districts.

“As part of public investment programs, major infrastructure projects have either already been implemented or are nearing completion. Large-scale landscaping work has been carried out in both districts as part of the State Programs on the Socioeconomic Development of the Regions. It is possible to say that the key infrastructure projects have already been completed.”

“Electricity supply in both districts has been completely renewed and there are no problems with electricity supply. Gas supply work was carried out rapidly. The level of gas supply in Jalilabad district is more than 90 percent and in Shamkir district it is close to 100 percent. I think that this work deserves to hold a special place in the work we have done in the regions in recent years,” he added.