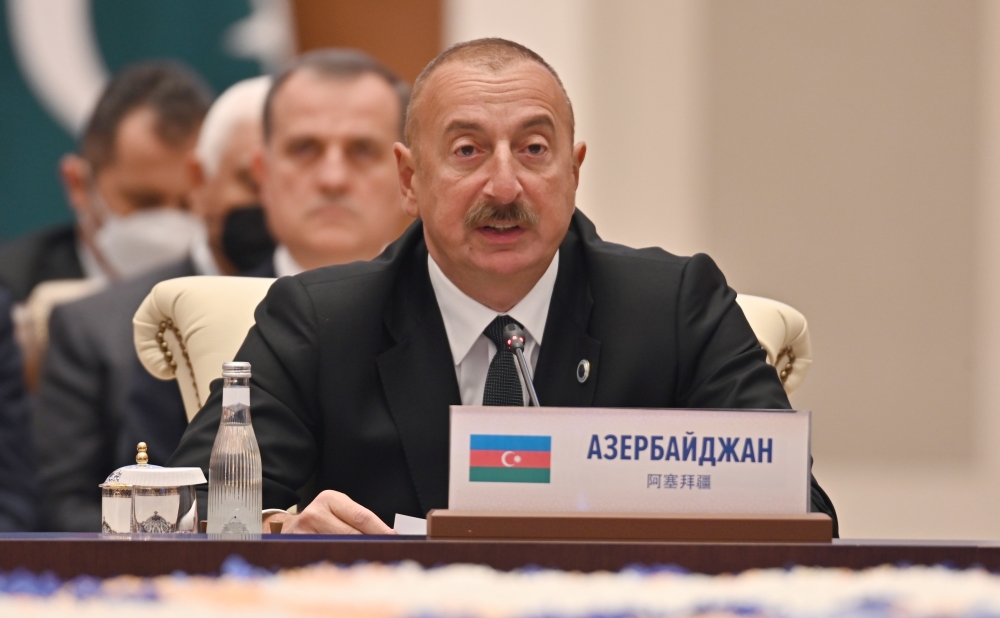 Azerbaijan has made significant contributions to the launch of regional connectivity projects such as East-West and North-South transportation corridors, President Ilham Aliyev said as he addressed a summit of the Shanghai Cooperation Organization (SCO) member states in Samarkand on Friday, News.Az reports.

The head of state said that currently, Baku International Trade Seaport has a handling capacity of 15 million tons of cargo per year, which can be increased up to 25 million tons.

“In the first 7 months of 2022, the transit through Azerbaijan increased by nearly 50 %. Azerbaijan has the largest civilian cargo fleet in the Caspian Sea with 52 ships. The Baku Shipyard can produce all types of ships,” President Aliyev added.