President Aliyev: Azerbaijan is the country worst affected by war, but money is being provided to Armenia 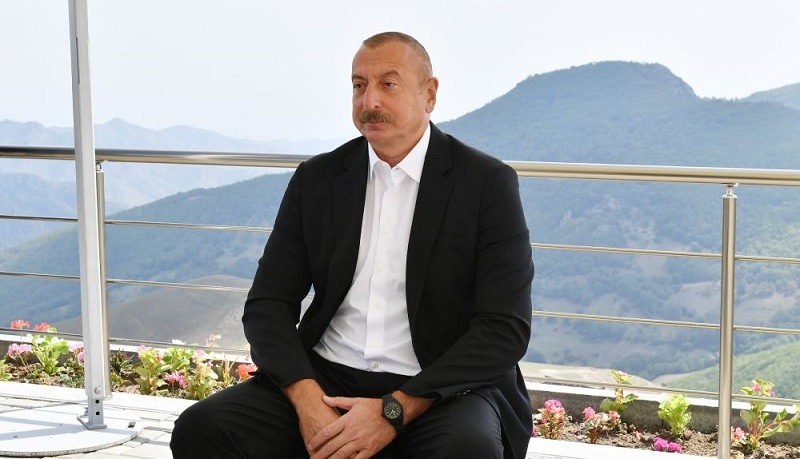 President Ilham Aliyev in an interview to Azerbaijan Television commented on the Charles Michel’s statement that the European Union would allocate 2.6 billion euros to Armenia and 2.3 billion euros to Georgia.

“This is an unfair position, of course. As for Azerbaijan, a figure of 150 million euros was announced, but we were not specifically told what this figure was, when the funds would be provided, whether they would be provided at all and on what conditions. Of course, I think this position is unfair, because Azerbaijan is the largest country in the South Caucasus in terms of territory, population and potential,” said the president.

"Until now, such large funds have not been provided to the countries of the South Caucasus. So this suggests that these funds are provided precisely after the war. In other words, the reason for providing these funds is war. Otherwise, they could have provided them 30 years ago, why now? If so, then Azerbaijan is the country worst affected by the war. These funds should be provided to Azerbaijan. An area of 10,000 square kilometers is completely destroyed, destroyed by Armenian vandals. Hundreds of thousands of mines have been planted, all buildings, historical sites and the entire infrastructure is destroyed. But the money is being provided to Armenia. Is there any destruction in Armenia? No. Have we planted any mines there? No. Is there a country that suffered so much from the occupation? No. Of course, this is unfair," President Aliyev added.

“But are we supposed to rebuild the liberated lands? We need billions of dollars. Are they falling from the sky? Azerbaijan is a transparent country. Its financial resources are also known. True, we are a country that supports itself. But if we are given funds as a grant, as is the case with Armenia, we will never reject it,” the head of state concluded.