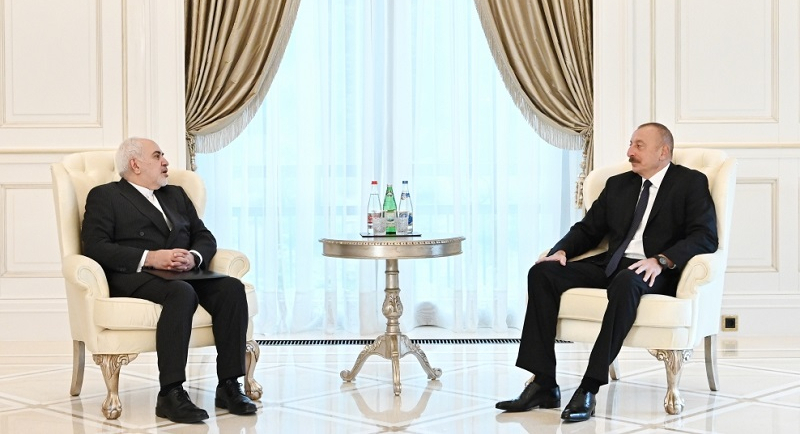 There is an increase in Azerbaijan-Iran trade turnover, and despite the pandemic, it is very positive, Azerbaijan’s President Ilham Aliyev said as he received Iranian Foreign Minister Mohammad Javad Zarif on Tuesday.

“All the initiatives and decisions put forward by President Rouhani and myself have been implemented. We are very pleased with the level of cooperation during President Rouhani's presidency,” the head of state said.

Azerbaijan and Iran have made great progress in all areas, said President Aliyev, adding. “I think that the relations between our countries are perhaps at the highest level in the history of our cooperation. Of course, there are new opportunities, new challenges in connection with the new situation in the region – the post-conflict situation. Of course, Iran and Azerbaijan as two brotherly countries must coordinate efforts and contribute to long-term and sustainable peace in the region.”

The Azerbaijani leader said he’s convinced that the Iranian government shares the same approach because we have had many contacts in the period since the conflict was resolved.