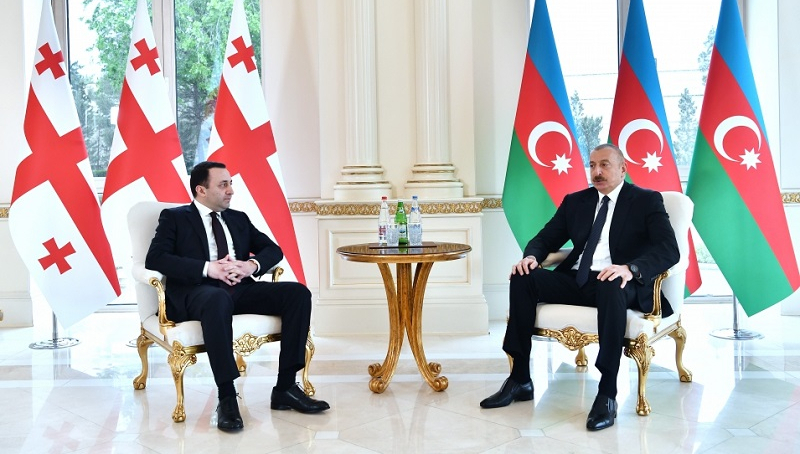 Relations between the Azerbaijani and Georgian peoples are based on the long history, centuries of history of good neighborhood and friendship, Azerbaijani President Ilham Aliyev said as he received Georgian Prime Minister Irakli Garibashvili, who is on a visit to Baku.

“I think that this is a very good basis for our current relationship development which demonstrates very big dynamic,” the head of state noted.

President Aliyev also touched upon the joint energy and transport projects implemented by the two countries.

He pointed out that these projects have changed the map of the region, political, economic, transportation and energy map.

“Without the strong partnership between our countries the implementation of this project wouldn’t have been possible. The last day of the last year was the last day of the implementation of the Southern Gas Corridor project which has tremendous importance for general development, for stability, predictability, cooperation not only in the region of Caucasus but in a broader Eurasian region. Without our cooperation again, that wouldn’t have been possible. So, I am very grateful to the Georgian government for constant support in the implementation of this important project. All other initiatives which we launched together have a good success story. I am sure in the future will be the same,” the Azerbaijani leader added.