President Aliyev: As for post-war period, Azerbaijan is developing, whereas Armenia is in crisis 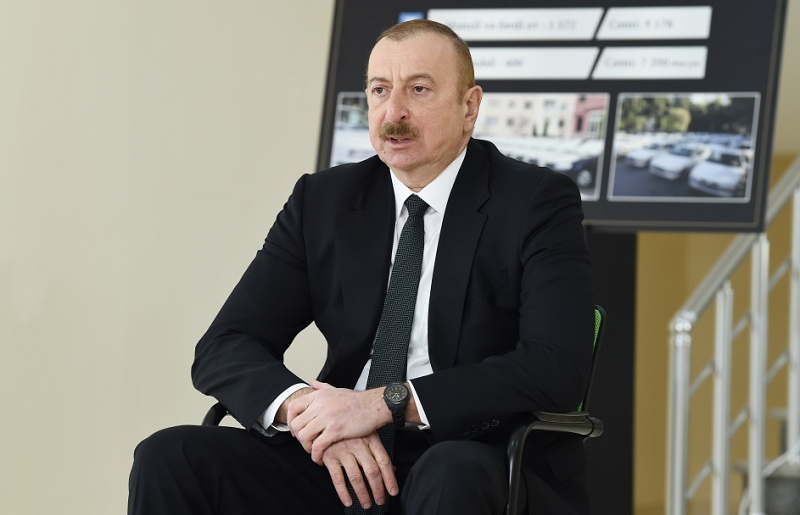 As for the post-war period, everyone can see now that Azerbaijan is developing, construction work has begun, whereas Armenia is in crisis. Azerbaijani President Ilham Aliyev said as he met with the family members of martyrs and war disabled in Balakhani settlement, Baku.

“Representatives of foreign countries have always been telling us that the Armenian society demonstrates unity, that there is national accord in the Armenian society. We can clearly see where this national unity has gone now. After this defeat, they blame each other, they accuse each other and there are mass arrests. For some reason, however, certain non-governmental organizations and some governments preaching democracy are turning a blind eye to this,” the head of state said.

President Aliyev stressed that the opposition in Armenia is oppressed, destroyed, arrested and killed on a daily basis, but no-one seems to react to that.

“What does this indicate? As they say, the 30-year history shows again that we did not win this victory only over Armenia. Organized and powerful circles were united against us. They wanted to keep our lands under occupation forever. Armenia was just a tool, a means. We have destroyed them. We have overthrown this insidious policy and restored justice,” he concluded.