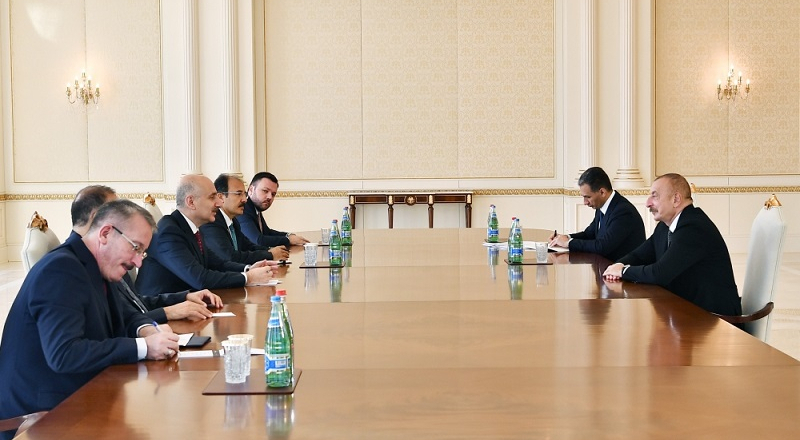 “After the second Karabakh war, we are working on a new corridor – the Zangazur corridor. At the international level, its name has already been established as the Zangazur corridor. This will provide a new connection between Turkey and Azerbaijan,” said President Ilham Aliyev as he received a delegation led by Turkish Minister of Transport and Infrastructure Adil Karaismailoglu.

The head of state said: “As you know, in the early stages after the war, Armenia protested at this issue. However, I have recently been informed that the Armenian side is already properly analyzing the issues related to the inevitability of this corridor. As you know, discussions are now taking place in a trilateral format. This issue is being discussed within the working group at the level of Deputy Prime Ministers of Azerbaijan, Russia and Armenia, and there are good results.

We have already started the construction of a railway from Horadiz to the Armenian border in the liberated lands. I am confident that in the next two years, maybe two and a half years, this railway will be fully operational.

Most of the Nakhchivan railway is operational and the remaining part will be built as well. All instructions have been issued. A significant part of the Zangazur corridor must be built in Armenia. Thus, a new corridor will be opened and this connection between Turkey and Azerbaijan will become even stronger.”