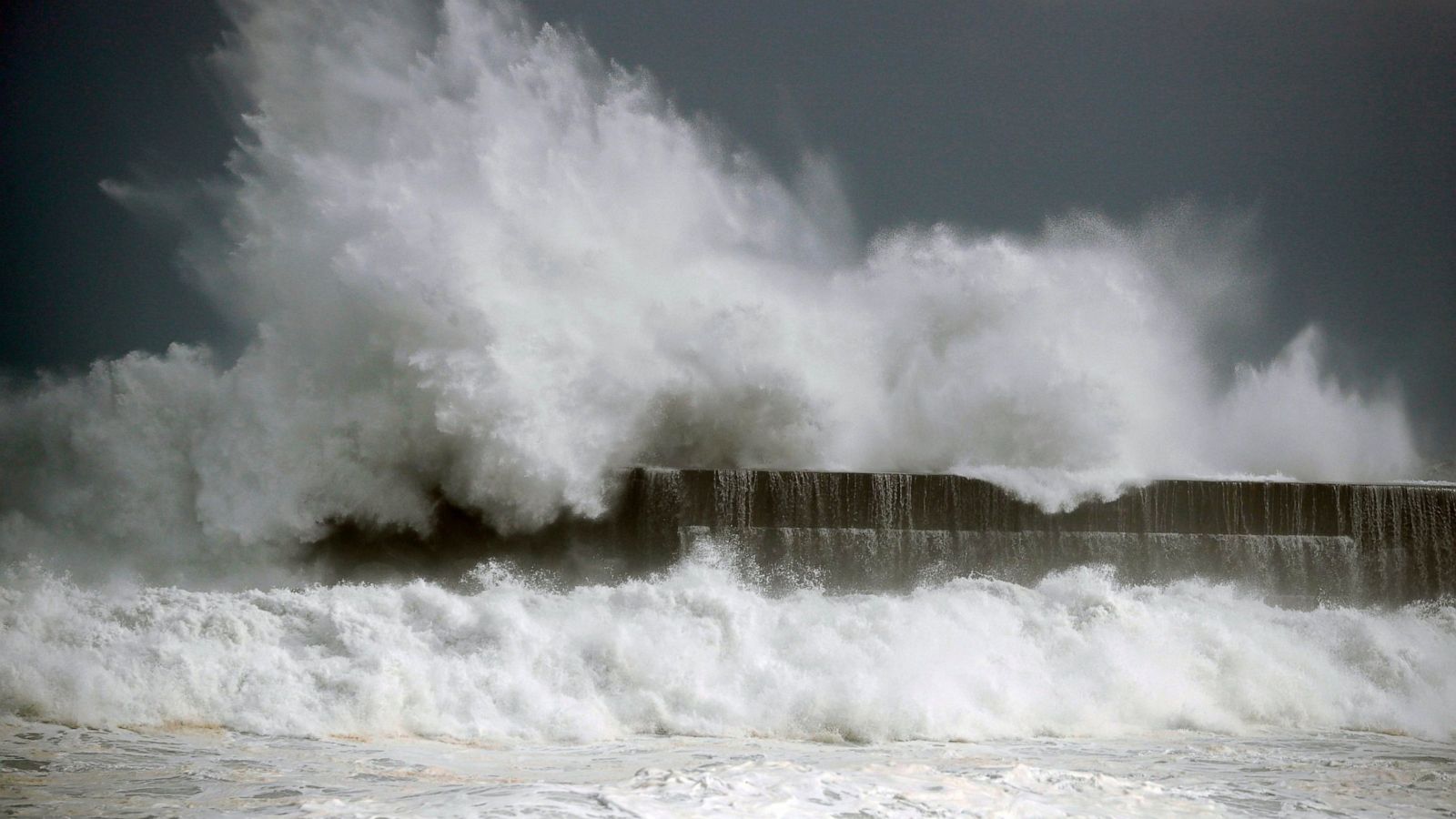 The Japan Meteorological Agency (JMA) said large and powerful Typhoon Nanmadol is expected to move close to Okinawa Prefecture and the Amami region of Kagoshima Prefecture on Saturday and the southern Kyushu region on Sunday.

The weather agency has warned against wind gusts, high waves, landslides and swollen rivers, and urged residents to prepare in advance for possible disasters triggered by the dangerous typhoon, especially in Okinawa, Amami, Kyushu and Shikoku.

Seas will be rough around Okinawa, Amami and southern Kyushu, with 10-meter-high waves expected on Saturday. The storm may also affect eastern and northern Japan from Saturday through Monday, the JMA said.

The 14th typhoon of the year was traveling west over the sea south of Japan at 15 km per hour as of 3:00 a.m. on Friday. It has a central atmospheric pressure of 965 hectopascals and winds of up to 35 meters per second near the center, with maximum instantaneous gusts at 50 meters per second. Violent winds of more than 25 meters per second are blowing within a radius of 150 km.

Nanmadol is expected to move northward over waters near Kyushu around Monday, dumping heavy rain mainly in southern Kyushu and the Pacific side of the Shikoku region through around that day.