Portugal's COVID-19 nightmare eases, but far from over 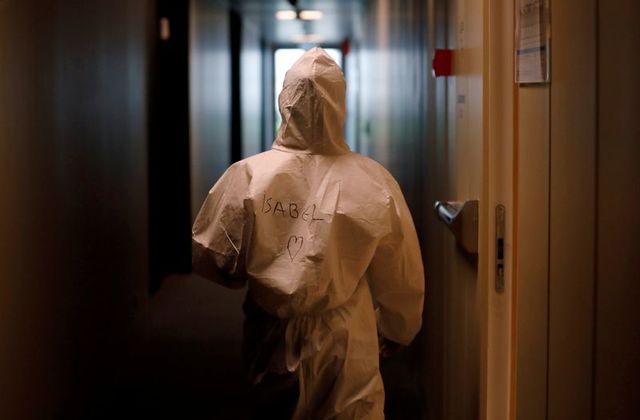 Portugal’s devastating surge in coronavirus infections has finally slowed, to the relief of its overwhelmed health service - but for nurse Marcio Vidal the fight is far from over.

“The problem goes beyond the virus. It is people’s behavior. In the first wave, there was fear but now that’s gone,” said Vidal, 26, who works at a hospital in the southern Algarve and has been on the frontline since March last year.

Portugal, with 13,482 COVID-19 deaths and 748,858 cases, has had the world’s highest seven-day rolling average of new cases and deaths per million people for the past fortnight, according to tracker www.ourworldindata.org.

But on Thursday, just 7,914 new cases were detected, less than half of the record 16,432 a week ago. Deaths and hospitalisations also fell for the fourth day in a row.

“Things are a little better, but that doesn’t make me feel better. If we unlock as we did before, it’ll go back to the same,” said Graca Fonseca, 60, on a morning walk in Lisbon.

“We should be doing this bit-by-bit.”

The number of people in intensive care units (ICUs) remains worryingly high. Over 20 military doctors and nurses arrived from Germany on Wednesday to staff a unit fully equipped but with no one to run it. Austria has offered to take in five ICU patients and five with severe illnesses.