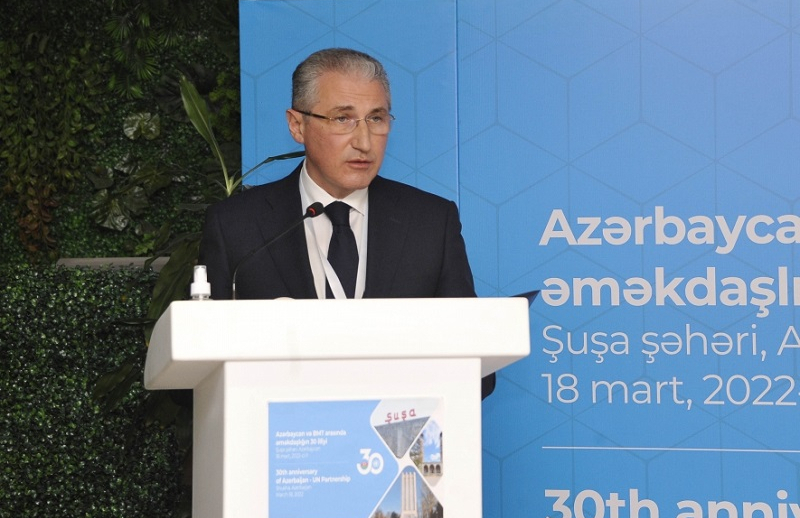 Azerbaijan is seriously concerned over the pollution of the Okhchuchay River, the country’s minister of ecology and natural resources said, News.Az reports.

Speaking at an event held in Shusha on the occasion of the 30th anniversary of the Azerbaijan-UN partnership, Minister Mukhtar Babayev said the pollution of the Okchuchay River poses a threat to the ecosystem of the entire region.

Protecting the environment has always been one of Azerbaijan's main tasks, said the minister, stressing that ‘green development’ and ‘green energy’ are among the nation’s priorities.

The minister noted that Azerbaijan aims to develop ‘green energy’ in its liberated territories, and the main focus in this area is to provide the population with clean drinking water.

Babayev also listed the development of renewable energy sources and the creation of a "net zero-emission" zone among the priorities of the Azerbaijani state.