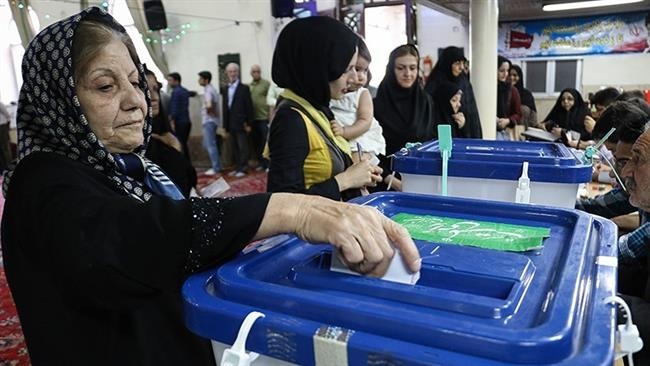 Vote counting is expected to start in the Islamic Republic of Iran after polls closed in a presidential election that saw four candidates, including incumbent Hassan Rouhani, competing for the post, PressTv reports.

The polls closed at 24:00 local time (1930 GMT) on Friday after voting hours were extended several times. More than 56 million people were eligible to vote in the election. Preliminary results are expected to trickle in throughout the next hours.

The main competition was between Rouhani and Hojjatoleslam Seyyed Ebrahim Raeisi, who is the current custodian of the Holy Shrine of Imam Reza (PBUH) in the northeastern Iranian city of Mashhad.

Leader of the Islamic Revolution Ayatollah Ali Khamenei, who cast his vote immediately after the polls opened, said, "Everyone should vote in this important election."

The 5th Islamic City and Village Council Elections were also held across Tehran on Friday.

The competition in Tehran was between reformist candidates campaigning under the slogan of “Hope”, who had aligned themselves with Rouhani, and Principlists who make up the majority in the Islamic City Council of Tehran.

Mohsen Hashemi, the son of the late Chairman of the Expediency Council Ayatollah Akbar Hashemi Rafsanjani, was the main figure of the Hope list.

The principlist list was led by Mehdi Chamran, the current chairman of the Council.

Any group that wins most seats in the 21-member council can decide who will be Tehran’s next mayor.