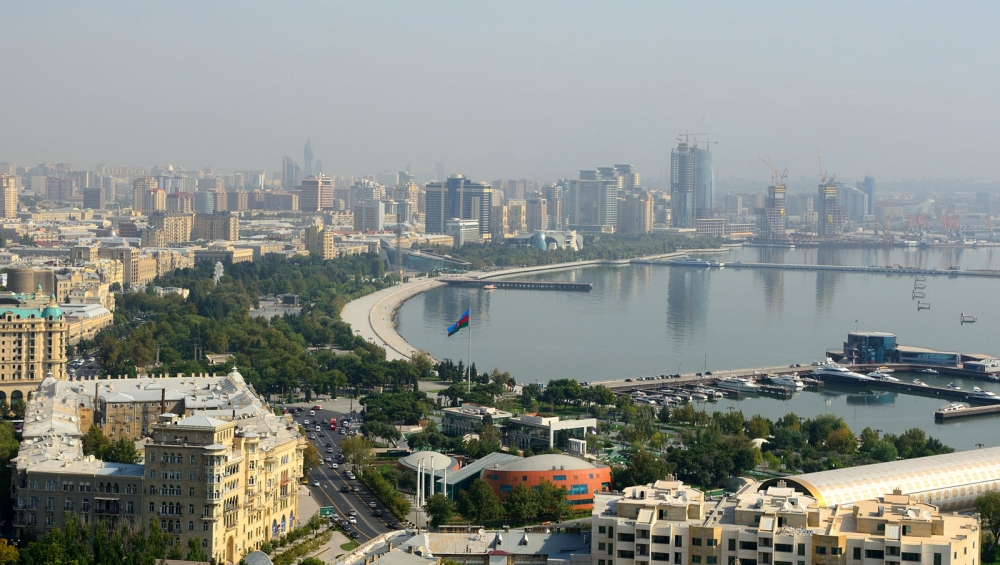 Political parties operating in Azerbaijan have issued a statement regarding consideration by the French Senate of the issue of recognition of the self-styled entity in Nagorno-Karabakh.

As is known, the French Senate is preparing to discuss a resolution today, on 25 November, recommending the recognition of the self-styled entity in Nagorno-Karabakh. As political parties operating in Azerbaijan, we regret to say that this action of the French Senate did not come as a surprise and we expected such a step.

The demonstration of such a biased attitude began in the early days of the Armenia-Azerbaijan Nagorno-Karabakh conflict but became even more pronounced during the violation of Azerbaijan's borders in the Tovuz district and especially during and after the Second Karabakh War.

We, political figures representing the vanguard of Azerbaijani society most of whom have joined politics specifically to thwart attacks on our territorial integrity, have not forgotten that the Nagorno-Karabakh conflict was triggered by Mikhail Gorbachev's adviser Abel Aganbegyan, who promised the Armenian Diaspora in Paris back in 1987 that Nagorno-Karabakh would be separated from Azerbaijan and annexed to Armenia.

The ASALA terrorists, who were released from prison in France during the First Karabakh War, were known for their unparalleled atrocities against Azerbaijanis in Nagorno-Karabakh. We will never forget the fact that people whose terrorist background were beyond doubt were being sent to Armenia and then to Nagorno-Karabakh to fight against Azerbaijanis.

State visits were organized between Azerbaijan and France at the highest level, and our country, having high hopes for France, agreed to France becoming a co-chair of the OSCE Minsk Group in 1997.

France's economic interests in Azerbaijan have been ensured to the maximum extent. More than 50 French companies successfully operate in Azerbaijan and the volume of their investments in the Azerbaijani economy exceeds $2 billion. During his visit to Paris in June 2018, President Ilham Aliyev paid special attention to the development of economic relations, held meetings with senior executives of leading French companies and groups, and signed agreements worth $2.2 billion.

The Azerbaijani state and the Heydar Aliyev Foundation have implemented numerous cultural projects in France, restored monuments in the park of the Palace of Versailles in Paris, the Louvre Museum, and established the Azerbaijani Cultural Center in Paris and the Islamic Art Department in the Louvre.

However, despite all these steps, France did not give up its pro-Armenian bias, and some French companies continued to operate illegally in the occupied territories of Azerbaijan until the last moments of the Second Karabakh War.

In 2018, many French municipalities signed friendship charters with the municipalities of the so-called regime. Although the Azerbaijani side had these charters annulled through the French courts, the Paris Mayor's Office initiated recognition of the “Nagorno-Karabakh Republic” this year.

On 30 September, French President Emmanuel Macron made inaccurate and unserious statements about the Armenia-Azerbaijan Nagorno-Karabakh conflict and the events on the frontline while in Riga, Latvia, and then slandered our country on the basis of false information and rumors and without any evidence.

At the beginning of November, 42 well-known French figures, including writers, journalists, etc. wrote a joint letter to President Macron urging him to “protect the Armenians of Karabakh”.

French Foreign Minister Jean-Yves Le Drian said that despite being a co-chair of the OSCE Minsk Group, Paris would continue to unilaterally defend Armenia.

The biased steps that have been taken since the early days of the Nagorno-Karabakh conflict show that France is unable to maintain its neutrality as a co-chair of the OSCE Minsk Group. France does not draw any distinctions between the aggressor state of Armenia and occupied Azerbaijan, defends the aggressor Armenia in a prejudiced manner, is not objective, acts on the side of the aggressor and does not carry out its mediation mission. Recent events have shown that only Russia, a co-chair of the OSCE Minsk Group, and Turkey, a member of the Minsk Group, are interested in a real solution to the conflict. This approach is based on the friendly and close relations among leaders of the three countries.

Justice cannot be guaranteed in a world with double standards and with different approaches to the same events. We believe that the French political elite has never adhered to the ideals of the Great French Revolution. On the one hand, the ideals of brotherhood, freedom, equality, the separation of religion from the state have been proclaimed, but in reality, colonialism, Islamophobia, anti-Semitism, racism and Christian bigotry have always played an important role in the country's foreign policy. As a result of France's misguided approach, the European Union is now perceived as a Christian club.

France is a country that has committed genocides in Algeria, Tunisia, Morocco, Chad, Gabon, Cameroon, Rwanda, Djibouti, Cambodia and Vietnam.

Today, there are 11 island states in the Pacific, Indian Ocean and Caribbean, and 1 continental territory in South America (French Guiana) and 1 continental territory in North America (Saint-Pierre and Miquelon). About 3 million people live in these colonies, and their nationality is compulsorily marked as French in their passports. Instead of lecturing Azerbaijan on Nagorno-Karabakh, we would advise the French authorities to take the same approach to the Nagorno-Karabakh issue as they do to the principle of self-determination of these peoples, including the people of Alsace and Corsica, which they have occupied for 300 years.

In addition to such double standards, the French media have published hundreds of articles on the recent occupation of the French political elite by ethnic and economic lobbies. Since the 1980s, almost all of France's leading politicians have been accused in this regard.

The Azerbaijani public is also aware of the fact that Emmanuel Macron has been taken over by ethnic lobbies, specifically the Armenian lobby, and the fact that he coordinates his activities with the interests of the Armenian lobby. While Macron spoke of the importance of protecting “Armenian religious and historical-cultural sites” in Karabakh, his silence on the deaths of 94 innocent civilians as a result of Armenian war crimes during the Second Karabakh War once again demonstrates his hypocrisy. History will show the real reasons behind Emmanuel Macron's zeal for the Armenians.

As political parties, we declare that now is the time to take more concrete steps. If the French Senate adopts a resolution on Nagorno-Karabakh, the country that explicitly supports the aggressor must be removed from co-chairmanship of the OSCE Minsk Group, all political and economic relations with France must be reconsidered, and all cultural projects must be stopped.