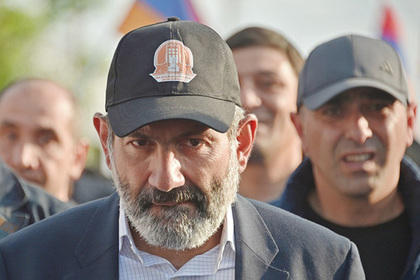 The domestic policy in Armenia is in a state of paralysis, as after the statements of Prime Minister Nikol Pashinyan during the August 17 rally, the political groups against him began to be established inside the country, analyst-columnist Ehtiram Ashirli told Trend Aug. 21.

Ashirli noted that the prime minister has been most harshly criticized by representatives of the Republican Party of Armenia.

"Finally, the Speaker of the Parliament of Armenia Ara Babloyan said that Nikol Pashinyan's statements on the submission to parliament of the draft amendments to the Constitution and the implementation of referendum at the rally on August 17 caused concerns. Babloyan also said that a number of meetings with the prime minister, the president, the Head of the Supreme Judicial Council, human rights activists and international diplomats were launched in order to discuss the situation," the analyst said.

The analyst noted that Pashinyan considers the representatives of the Republican Party represented in the Parliament to be a gang of bandits.

Ashirli noted that Pashinyan forgets that for making changes to the Constitution he has to appeal to the Republican Party of Armenia.

"On the other hand, according to the instruction of the prime minister, the investigation is going on in connection with the March 1 events. As a result of recent investigations, the brother of Ambik Gevorgyan, the driver of former Prime Minister Hovik Abrahamyan, was charged with committing socially dangerous acts", the analyst said.

"Against the background of these events, other negative aspects also began to appear. Thus, the media reports say that about 10 days ago one significant document was sent to the Central Bank of Armenia with the signature of the Head of the Department of the Ministry of Finance Hrant Suvaryan.

It was suggested that the persons who within two days would provide information to law enforcement agencies "about any operations" of Mikael Harutunyan, Robert Kocharyan and Yuri Khachaturov, "were given gold and other valuable gifts from pawnshops operating in Armenia," Ashirli said.