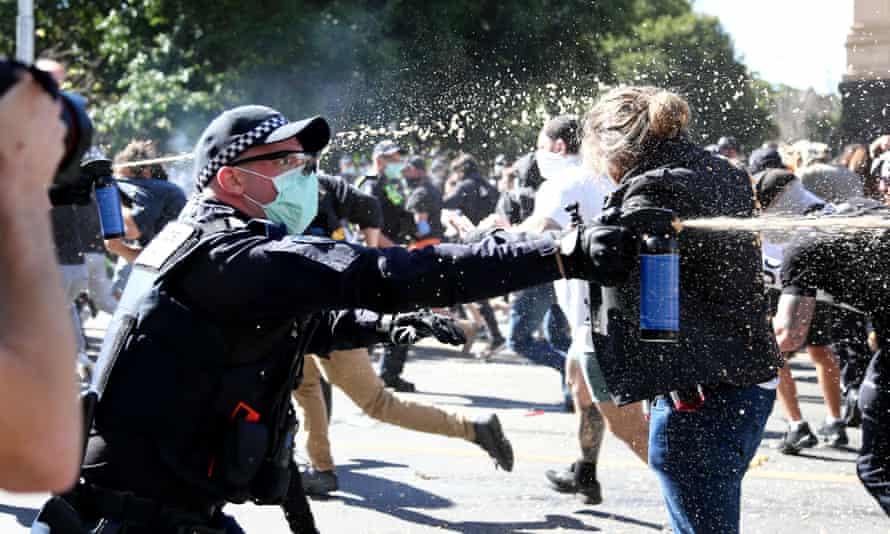 Australian police clashed with hundreds of anti-lockdown protesters in Melbourne and Sydney on Saturday as officials reported the country's highest ever single-day rise in COVID-19 cases, Reuters reported.

Mounted police used pepper spray in Melbourne to break up crowds surging toward police lines, while smaller groups of protesters were prevented from congregating in Sydney by a large contingent of riot police.

There was no information immediately available on arrests. Police in Victoria had vowed to hand out fines of A$5,000 ($3,600) to any protestor they could identify taking part.

Sydney, a city of more than 5 million people, has been in a strict lockdown for more than two months now, failing so far to contain an outbreak that has spread across internal borders and as far as neighbouring New Zealand.

The vast majority of the 894 cases reported across Australia on Saturday were found in Sydney, the epicentre of the Delta variant-fuelled outbreak.

Australia's COVID-19 numbers are still relatively low compared to other developed countries, with just over 43,000 cases and 978 deaths.