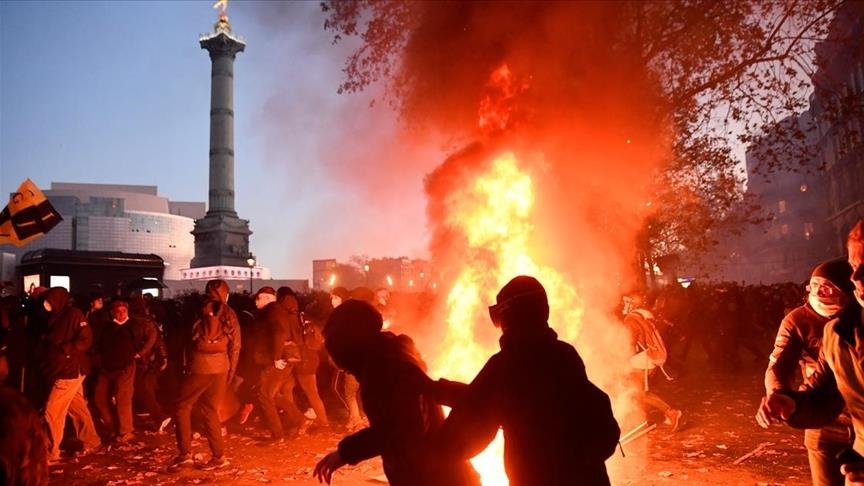 Saturday marked a day of widespread protest in France as "The March of Freedoms" saw thousands decry police brutality and a new global security bill that favors protecting police above freedom of expression, Anadolu Agency reports.

What was a peaceful march for hours turned increasingly violent as the evening approached, with fires set in the afternoon to barricades and trash cans, and the facade of the Banque de France by nightfall, along with a kiosk, brasserie and several cars.

Banners and signs were held by some proclaiming defiant messages against police: "Not see, not caught", "Carrying weapons is out of service", "France: Country of Rights of the Police" and "Police everywhere, justice nowhere."

Probably the most pronounced sign of all: The word "Liberte" written in black on a white background encircled by a red nose.

Police were present throughout the day yet brigades streamed in as the crowd grew more turbulent, to jeers and "boos" from demonstrators. Firefighters were on hand to douse blazes that give rise to smoke, visible for one mile. A palpable smell of gas lingered at certain points. A reported 37 police were wounded during demonstrations. 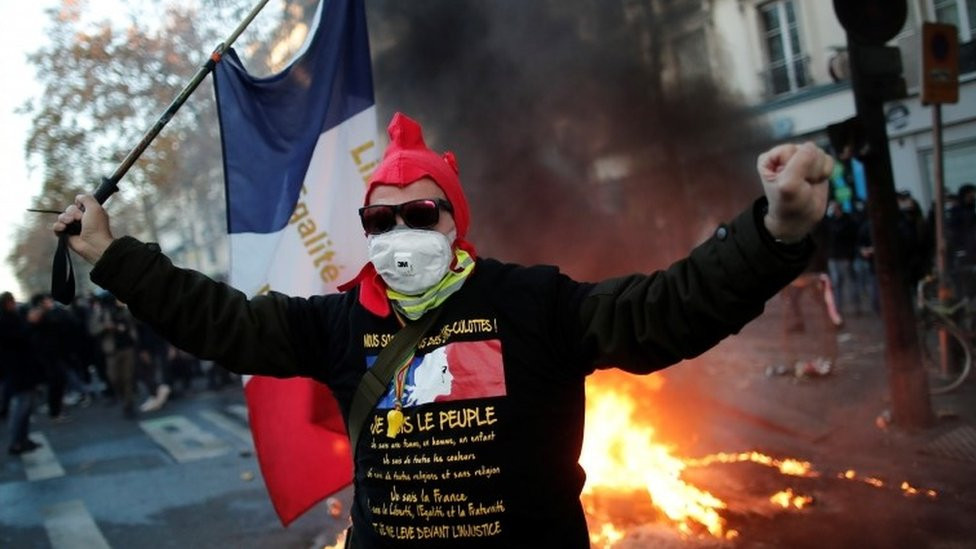 The march was banned by officials Thursday, given the presence of the coronavirus with police calling for only a rally. An administrative court, however, overturned that decision late Friday to allow the protest to proceed.

Elected officials, as well as members of the Yellow Vest movement, were in attendance, along with labor unions and human rights organizations such as the Society of the Rights of Man and Amnesty International.

"Our liberty is in danger, we are really happy to see all of these people here today," said Manon, a student who marched with her friend, Clara. "It shows that Parisians are a people in pursuit of their liberty.”

Regarding new legislation making its way through parliament, her words were straightforward.

Asked what should be done, Clara said suspensions should take place. "This institution is racist, homophobic and sexist."

Like the Black Lives Matter protests before it, demonstrations Saturday sent a strong message to law enforcement and the government that people's rights at the hands of the police cannot be eclipsed. 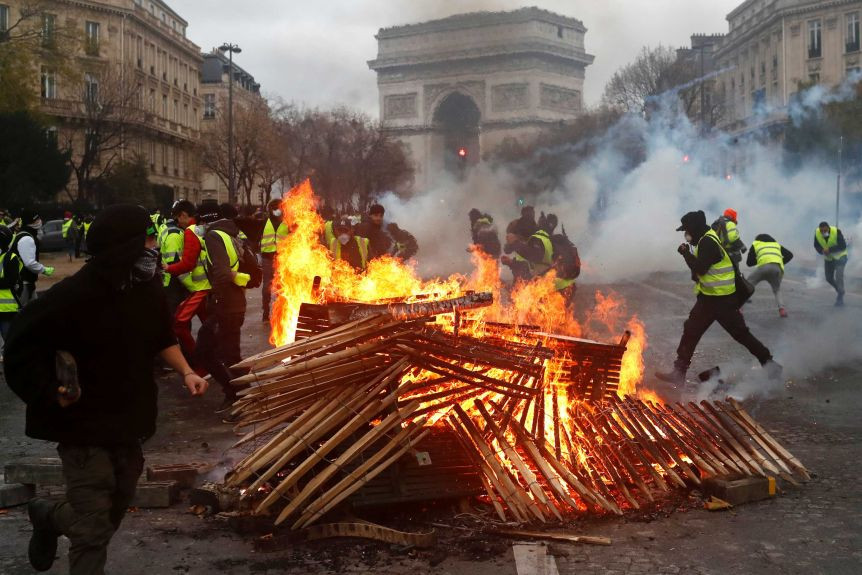 The protest comes after the National Assembly adopted a comprehensive security bill Tuesday. The controversial portion, Article 24, prohibits taking photos of police in the line of duty and disseminating those images online and in the media. Violators can face a year-long prison sentence and a €45,000 ($53,800) fine. The bill goes to the Senate in January for examination.

Journalists, news organizations and human rights groups denounced the bill as an attack on freedom of expression, which was made all the more pronounced in a week that saw two extreme cases of police brutality.

On Saturday, three officers accosted music producer Michel Zecler inside a studio in Paris's 17th arrondissement, causing extensive injury and bleeding. As they left the premises, police tossed a teargas grenade through the studio window.

Officers later wrote a false description of unfolding events in a police report. Darmanin said the event was "shocking" and called for the officers' suspension Thursday.

On Monday, police cleared a migrant camp on Paris's Place de la Republique in the 11th arrondissement -- an unnecessary and harsh action in which several migrants were seen beaten in footage that went viral.

Darmanin estimates the number at nationwide demonstrations Saturday was 133,000, with 46,000 in Paris alone. Organizers place the figure closer to half-a-million. 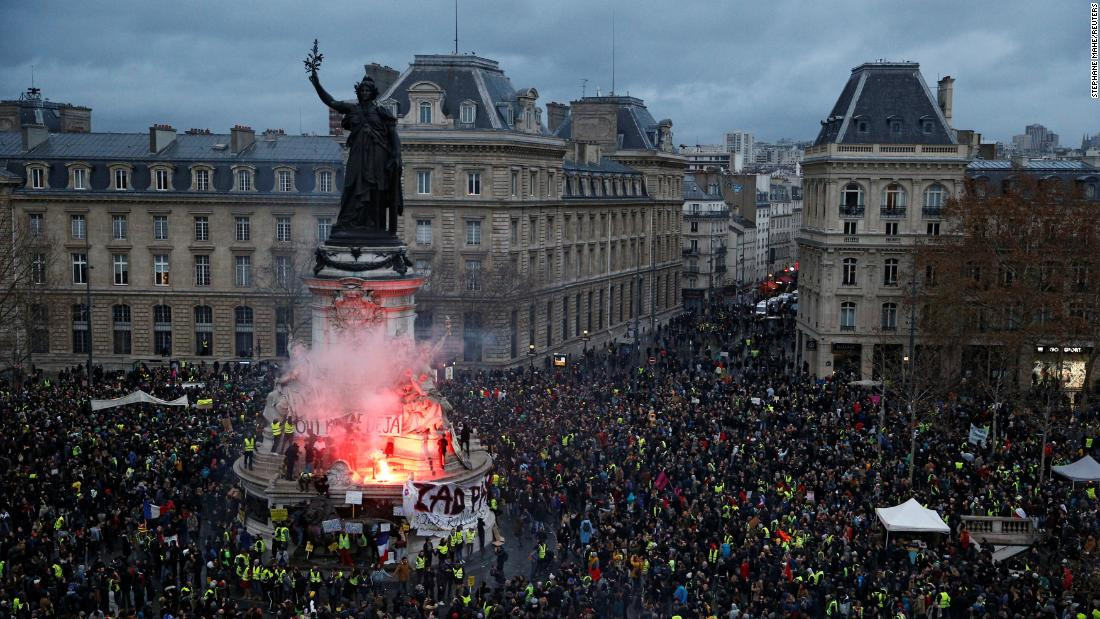