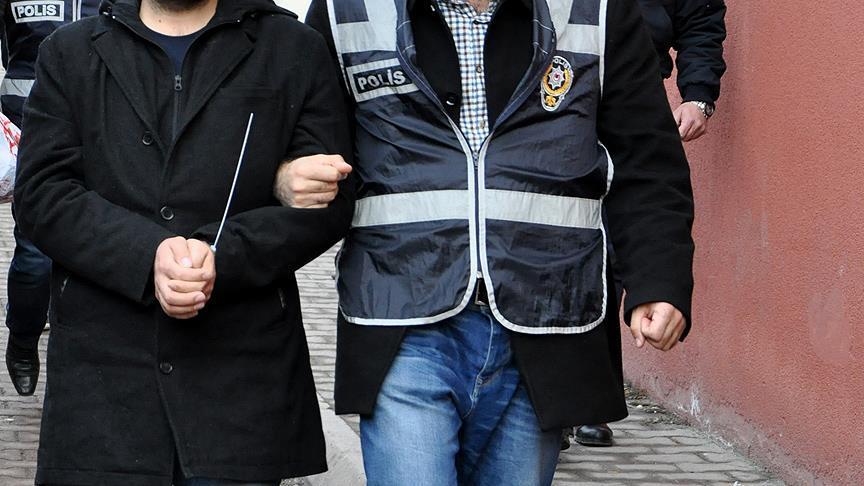 Police arrested dozens of suspects across the country on Wednesday as part of nationwide operation against the Fetullah Terrorist Organization (FETO), according to a police source.

Police have so far arrested 71 people across 18 provinces after the chief public prosecutor's office in the central Konya province issued arrest warrants for at least 98 suspects, the source, who asked not to be named due to restrictions on talking to the media, said, according to Anadolu Agency.

The source added that 25 of the suspects were remanded in custody.

Local police sources, asking to remain anonymous due to restrictions on speaking to the media, spoke of various other operations taking place on Wednesday.

In simultaneous operations carried out by the Balikesir chief public prosecutor's office in five provinces, 26 former school teachers were detained over the alleged use of an encrypted messaging service called ByLock.

In the northeastern province of Erzincan, a local court remanded 18 former police officers in custody, again over the use of the messaging service.

The smartphone app is believed to have been cracked by Turkish security agencies before the foiled coup and reportedly identifies tens of thousands of FETO members, which the government blames for the attempted takeover.

In addition, six suspects in northern province of Samsun, three others in north-western Bursa province were also detained as part of a nationwide FETO probe.

FETO, led by U.S.-based Fetullah Gulen, has been accused of orchestrating the defeated coup of July 2016 that left at least 248 people martyred, and around 2,200 others wounded.

Turkey's government accuses the FETO terror network of staging the coup attempt as well as being behind a long-running campaign to overthrow the state through the infiltration of Turkish institutions, particularly the military, police, and judiciary.

Since the foiled coup, operations have been ongoing in the military, police and judiciary, as well as in state institutions across the country, to arrest suspects with alleged links to FETO.