Phones may cause spike in childhood cancer in new generations 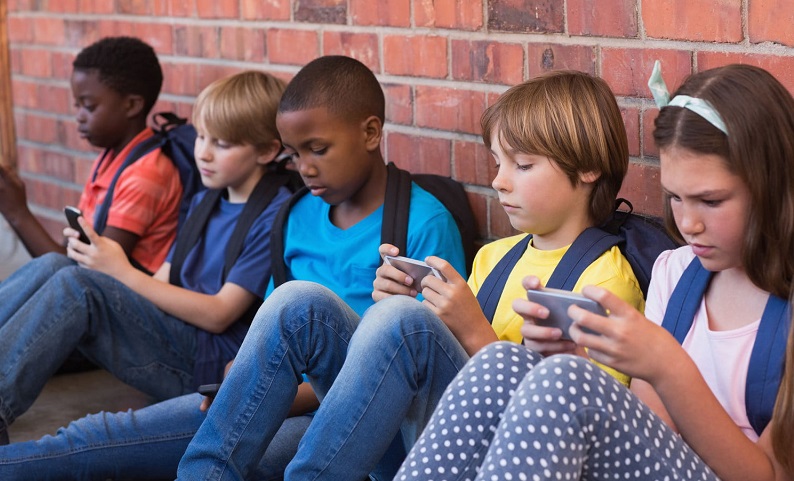 Every year more than 400,000 children and adolescents are diagnosed with a form of cancer, and studies are suggesting that spending an excessive amount of time and proximity to electrical devices, particularly smartphones, may play a big part in that statistic.

According to an Anadolu Agency (AA) report released on the occasion of Feb. 15, International Childhood Cancer Day, Health Ministry data shows that survival rates in childhood cancer vary significantly based on region. While in countries with a higher level of income this rate is at 80%, in middle and lower-income countries that percentage drops to as low as 20%.

Furthermore, leukemia makes up a third of childhood cancer types worldwide and in Turkey, it is the most common childhood cancer. After leukemia, brain and central nervous system tumors, lymphoma and thyroid cancer affect most children.

Experts say that ionizing radiation is a clear risk factor for childhood cancer, and it increases the risk of leukemia and thyroid cancers. Among other risk factors are mainly genetic disposition and previous exposure to viruses such as Epstein-Barr, hepatitis B, and HIV.

The electromagnetic waves created by cellphones are listed as "possible carcinogenic" by the International Agency for Research on Cancer, an intergovernmental agency that is part of the World Health Organization (WHO) and promotes international collaboration in cancer research.

Studies conducted on the health impacts of cellphones have revealed that children and teens are more susceptible to radio-frequency electromagnetic waves because they are still in the process of their growth and development. As they will be exposed to these electromagnetic waves more than today's adults, Turkish doctors advise children and adolescents to limit their cellphone use.

On the other hand, early diagnosis also plays a major role in increasing the efficacy of treatments and survival rates in childhood cancer. Early detection of cancer reduces the complications that the disease might cause and lessens the need for extensive and invasive treatment.

An important responsibility falls on parents to be on the lookout for any symptoms that might arise and have regular check-ups. Among the symptoms that might indicate childhood cancer are anemia, susceptibility to infections, unusual bleeding, unexplained loss of weight, aching bones and joints, and fever.