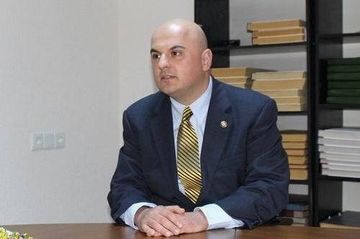 There is a group of politicians in the U.S. Congress pushing for the anti-Azerbaijani interests of the Armenian diaspora, American expert on international relations Peter Tase said in an interview with Vestnik Kavkaza, commenting on a ban on the sale of air defense systems to Azerbaijan.

"I think the congressman Sherman from California represents large community of Armenians in the United States. And they are critical to his election victory. Sherman has also been active on a political war against Azerbaijan since 2005 - after becoming a member of Congress he has begun to hinder and blackmail the strong bilateral alliance between the U.S. and Azerbaijan," Peter Tase noted in the fist place.

"If you go and look into his official website, you’ll find information that makes him very active on his campaign against the bilateral relations between Azerbaijan and the U.S. Congressman Brad Sherman has been active in trying to promote the Armenia and U.S. collaboration while jeopardizing and hindering and mining the process of strategic partnership between Azerbaijan and the U.S.," the American expert pointed out.

In this regard, the expert called on the Azerbaijani diaspora in the U.S. to unite and actively resist the Armenian diaspora's political activity. "That is the most important problem that we have to address. For example, last year I lost a job because I am active and write about the current affairs and economic development and the history of the Republic of Azerbaijan. I am speaking the truth about Azerbaijan seen with my own eyes in Baku and other regions of Azerbaijan such as the Autonomous Republic of Nakhichevan, Oghuz, Sheki, Qabala. And every time as I publish an article I receive comments from the Armenian Diaspora leadership making references to my articles and denouncing my behavior, denouncing my articles," he said.

"My suggestion is for the Azerbaijani community living in the U.S. to get together and organize themselves. So that we can counteract and counterattack the constant disinformation campaign that is going on in the U.S. against the Republic of Azerbaijan by the Armenian Diaspora groups," Peter Tase concluded.