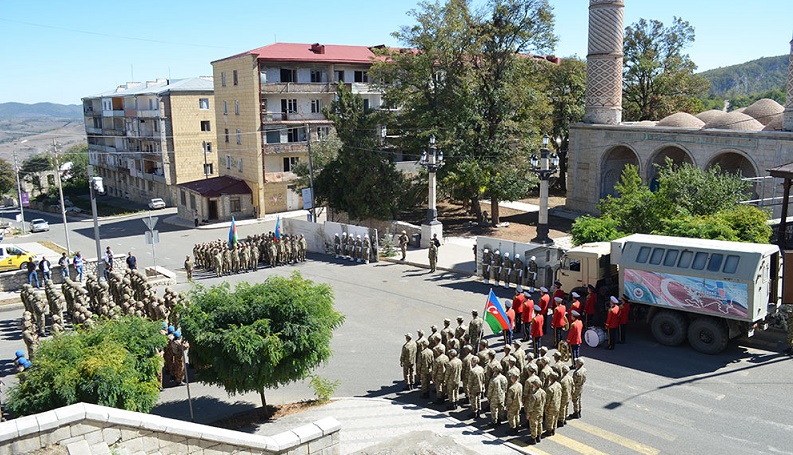 On the occasion of the anniversary of the Patriotic War, a commemorative event was held in Shusha.

During the event dedicated to the Day of Remembrance memory of the heroic Shehids (Martyrs) fallen for the sovereignty and territorial integrity of our lands was observed with a minute of silence, a volley of fire was opened to honor the memory of the Shehids, and the National Anthem of the Republic of Azerbaijan was accompanied by a military orchestra.

Speakers spoke about the glorious path of the brave Azerbaijan Army led by the Victorious Supreme Commander-in-Chief Mr. Ilham Aliyev, the models of heroism and bravery demonstrated by the servicemen during the Patriotic War.

At the end of the event, the personnel of the Ministry of Defense and the Internal Troops solemnly marched in the central streets of Shusha.