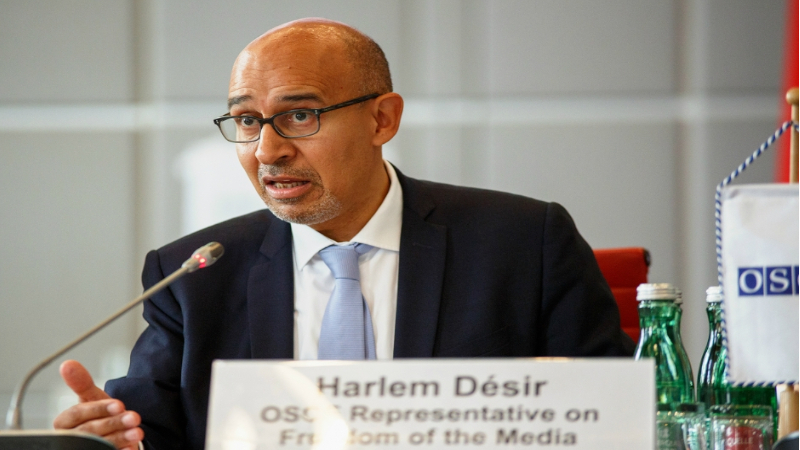 Azerbaijan became a member of the Organization for Security and Cooperation in Europe (OSCE) in 1992 (then it was called Conference on Security and Co-operation in Europe –CSCE). The fact that the OSCE is the first European Institution to which Azerbaijan has joined after gaining independence testifies to how much the country attaches importance to this organization.

The OSCE was once considered the most important organization and regional platform in the field of security in Eurasia. The organization has three main areas of activity – political-military, economic-environmental and human rights. Of those, Azerbaijan attaches particular importance to the political-military area. Following the occupation of nearly 20 percent of Azerbaijani territory by Armenia, the Minsk Group that is directly dealing with the conflict resolution and the co-chairing institution of this Group were established under the OSCE.

Unfortunately, the OSCE Minsk Group has long been unable to achieve progress in resolving the conflict.

Moreover, the lack of dynamic and effective decisions and steps in terms of economic-environmental terms is regrettable.

Finally, the human rights issue has turned in the hands of a group of countries into a tool of political pressure on others.

Thus, the OSCE, which in fact should play a leading role in ensuring peace and security in the Eurasian space, is currently unable to defend its principles, taking a double-standard and unbiased position. The OSCE has already lost its credibility, and the organization’s decisions are ineffective.

Because of such an ineffective activity and the policy of double standards, the European space is experiencing the lack of progress in areas that are directly included in the OSCE mandate. Firstly, there is no progress in resolving conflicts in the OSCE region, and secondly, in Europe there is a sharp spread of Islamophobia, anti-Semitism and other negative trends. And the OSCE still remains silent on such important issues.

Instead, there is a bias attitude and attempts are made to influence some countries, including Azerbaijan, based on the political orders of a group of countries.

Of course, such an approach causes the dissatisfaction of Azerbaijan which puts much emphasis on cooperation with the OSCE and expects the organization’s contributions to the settlement of the Armenia-Azerbaijan conflict.

The process of election to a number of key leadership positions is currently ongoing within the OSCE (OSCE Secretary-General, Director of the Office for Democratic Institutions and Human Rights of the OSCE, OSCE Representative on Freedom of the Media and OSCE High Commissioner for National Minorities). There is a proposal for the re-election of current officials to these posts.

Azerbaijan, pursuing an independent foreign policy, using its sovereign right as an OSCE member, opposed the reappointment of Harlem Désir as OSCE Representative on Freedom of the Media.

Azerbaijan considers Désir’s activities to be biased, non-objective and non-independent. He does not receive information in the field of mass media from bona fide sources. All this is a gross violation of the representative’s mandate.

Désir speaks from an anti-Azerbaijani and pro-Armenian position.

An analysis of his statements and tweets shows that Désir uses any minor incident in Azerbaijan to discredit and slander the country. He, without finding out the essence of the incident, hurriedly, unreasonably and groundlessly reacts to any such event in Azerbaijan. He deliberately exaggerates and politicizes problems. At the same time, he makes very few, and mostly neutral statements and comments regarding Armenia. The fact that Désir did not react to the death of Armenian politician and journalist Mher Yeghizaryan as a result of the hunger strike also raises big questions. It seems that Désir’s position on human rights issues is based on political geography.

The OSCE countries have long been conducting a deliberate misinformation campaign against Azerbaijan in the information space, especially in Western Europe. Désir not only did nothing to prevent this, but also directly contributed to this process.

The spread of Islamophobia and anti-Semitism in the information space of the OSCE countries has increased, and the results of Desiree’s efforts to combat this are also unsatisfactory.

Although the issue of illegal conflict zones by journalists was raised in various media forums, Désir always prevented this.

He fails to adequately respond to new challenges. For example, no recommendations or initiatives have been made regarding the activities of the media institutions of the OSCE countries amid the COVID-19 pandemic. No guidelines have been developed in this regard.

Désir lacks the necessary knowledge and experience appropriate to his position.

How does Harlem Désir, who was conditionally jailed for 18 months and fined 30,000 francs in 1998 on charges of abuse of state property, want to teach something to Azerbaijan?

Thus, Azerbaijan is not satisfied with Désir’s activities and justly objected to his reappointment. Because of people like Désir, the OSCE has become an instrument of political orders of some countries and lost its effectiveness and importance.

Azerbaijan, as an active OSCE member, believes that the organization should return to its basic principles and goals, and act objectively, effectively, without bias and within the framework of its mandate. To this end, the OSCE must pay special attention to the resolution of the protracted conflict in its area and be active in the field of security and economy. At the same time, the organization, within the framework of its powers to ensure human rights, must also act objectively and without bias. Only in this case will the OSCE be able to revive its important role in the Eurasian space. The OSCE should be the organization of all participating countries, not just the United States and Western Europe.