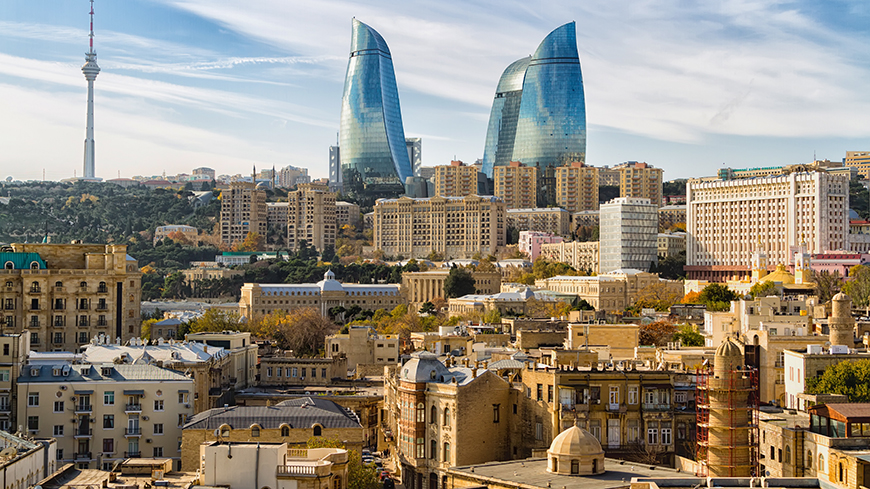 The establishment of a pact for stability and cooperation in the South Caucasus is an idea that dates back to the late 1990s when the regional countries had just recovered their independent statehood. Proposed by Azerbaijan’s former President Heydar Aliyev at the Istanbul summit of the OSCE, the initiative was meant to facilitate the resolution of the regional disputes and ensure peace, security and stability in the region.

This was a called-for initiative for the peoples of the South Caucasus who had long suffered from ethno-territorial conflicts, violence, instability and economic troubles. This is the reason why the former president’s proposal was supported not only by Turkey’s President Suleiman Demirel but also the heads of the other two South Caucasian states, President Robert Kocharyan of Armenia and President Eduard Shevardnadze of Georgia.

However, in spite of this consensus on the necessity of establishment of a pact on peace, security and stability in the South Caucasus, there was a major deterrent that was not possible then to overcome. Azerbaijan’s former head of state declared that “there is one condition” for the realization of these proposals: “It is the solution of the conflicts in the South Caucasus in the first place… Armenia must liberate the occupied territories of Azerbaijan and over one million Azerbaijani IDPs must return home.”

The sides, unfortunately, failed to deliver a breakthrough in the settlement of the Armenia – Azerbaijan conflict. For Azerbaijan, it was unacceptable to build any kind of relations with Armenia as long as 20% of the country’s internationally recognized territories remained under its illegal occupation.

The idea of a regional cooperation platform was brought back to the agenda in the aftermath of the resolution of the Armenia – Azerbaijan conflict and the liberation of the occupied territories of the latter in autumn of last year. The trilateral statement signed by the leaders of Armenia, Azerbaijan and Russia on November 10 was more than just a ceasefire deal. Not only did it cease the fire but also declared the sides’ readiness to open the regional transportation and communication channels and as such laid a foundation for lasting peace and security.

On this basis, on 10 December 2020 in Baku, in a press conference with his Turkish counterpart President Recep Tayyip Erdogan, Azerbaijan’s President Ilham Aliyev suggested to create a new platform for cooperation in the region. He proposed to combine the existing cooperation platforms (Turkey-Azerbaijan-Georgia, Azerbaijan-Russia-Iran, Turkey-Russia-Iran) and uniting them into a single six-party framework.

Towards this end, the Azerbaijani side has, on numerous occasions, declared its readiness to normalize relations with Armenia and sign a peace treaty recognizing each other’s territorial integrity and sovereignty.

A similar initiative was made by the Turkish side. President Erdogan has called upon Armenia to revive talks on the normalization of interstate relations based on trust, including respect for one another’s territorial integrity and sovereignty. Although Yerevan has yet to give a positive response to the calls of Baku, but the government of Prime Minister Nikol Pashinyan has been more receptive to the messages of Turkish leaders.

However, as seen also in the conditions put forward by President Erdogan, recognition of one another’s territorial integrity is going to constitute one of the pillars of regional cooperation in the region. Having long made territorial claims against Azerbaijan and Turkey, Armenia is now expected by its neighbors to make proper changes in its foreign policy and denounce those claims that have brought no good to either Armenians or other peoples of the region.

In his interview with Turkish TV channel CNN Turk on August 14, President Ilham Aliyev reiterated this call saying, “If Armenia is ready for this, if it is ready to recognize the territorial integrity of Azerbaijan, which is recognized by the whole world, then, of course, long-term peace will come to the region”, adding that “specific proposal to achieve it [long-term peace] are already on the table”.

It is therefore hoped that the normalization of the Turkey – Armenia relations will positively impact the easing of tensions between Armenia and Azerbaijan, as well. The re-opening of transportation routes will likely serve as another inspiration and confidence-building move between the two countries. It is important for the Armenian government and its society to note that not only peace and security as well as economic development and prosperity in Armenia and the wider region are inextricable linked with the restoration of peaceful relations with neighbors. The regional states should therefore welcome the historic chance offered by the post-war negotiations and build a better future for their people.

Vasif Huseynov, a senior fellow at the Baku-based Center of Analysis of International Relations (AIR Center), specially for News.Az