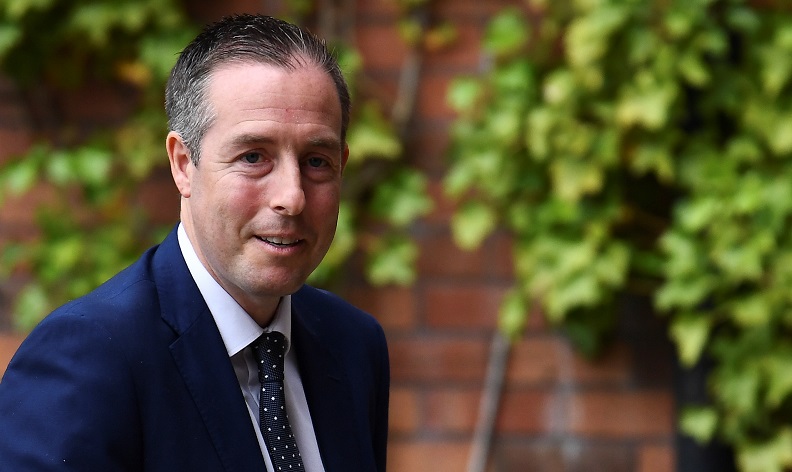 Mr Givan will on Monday take over from Arlene Foster, who was ousted as Democratic Unionist Party (DUP) leader in April after an internal revolt.

Edwin Poots, Stormont's agriculture minister, replaced her as DUP leader amid tensions within the party.

A number of DUP members have quit over concerns about the party's direction since Mr Poots' election last month.

Mr Givan had been widely tipped to replace Mrs Foster.

The fact that the appointment is taking effect from Monday will allow Mrs Foster to remain as the first minister during the British-Irish Council in County Fermanagh on Friday.

Mr Givan said there was a "huge responsibility that comes with the position".

"We have a huge task when it comes to tackling our waiting lists and we need to get to work," he said.

"What we now need is an effective transition that needs to take place next week so that we have that smooth delivery of governance."

Mr Givan said it was a huge task to follow DUP founder Ian Paisley, and his successors Peter Robinson and Arlene Foster, whom he referred to as "giants".