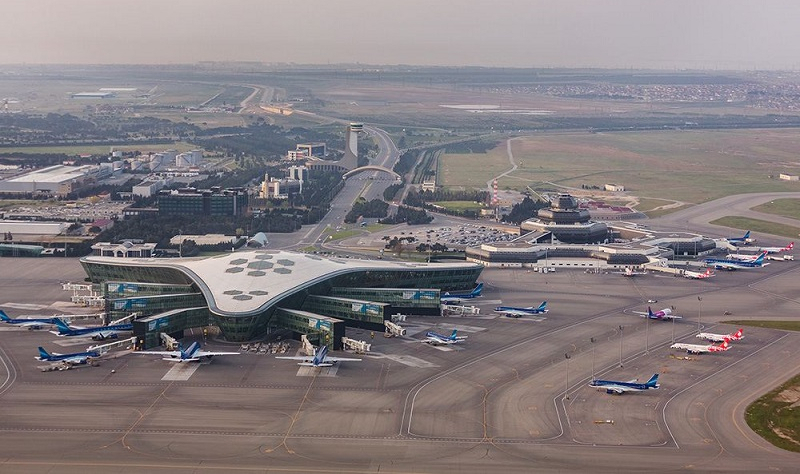 In February 2022, Azerbaijan's international airports served a total of 255,000 passengers. This is 2.8 times more than in the same period last year.

In general, since the beginning of the year, passenger traffic at all airports amounted to 546,000 people, of which 80% was accounted for the Heydar Aliyev International Airport. The base air carriers of the Baku air harbor - AZAL and Buta Airways - transported 167,000 and 52,000 people, which is 38% and 12% of the share of passenger traffic, respectively.

Since March 2022, flights to Ukraine, Russia and Belarus have been temporarily suspended due to the events in Ukraine.

Heydar Aliyev International Airport (IATA: GYD) is the largest airport in Azerbaijan and the region in terms of passenger and cargo traffic, take-off and landing operations, the area of the terminal complex and the capacity of the cargo complex.

This is a top recognition of the effectiveness of COVID-19 measures introduced at Heydar Aliyev International Airport to protect their customers and staff against the spread of coronavirus.