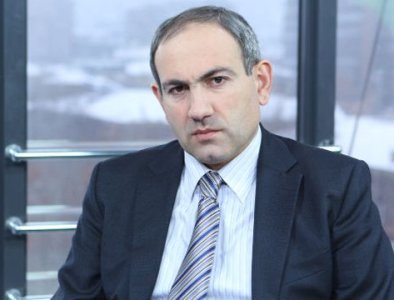 “Someone from a police division sends a fax to Taron Margaryan’s headquarters. No police officer in Armenia will dare to do such a thing unless there is an order. The person giving the order can be nobody but Chief of Police Vladimir Gasparyan,” he said, according to news.am.

Pashinyan also noted that instead of conducting internal police investigation, the Special Investigation Service (SIS) of Armenia should deal with this issue.

Earlier, Nikol Pashinyan posted a video on his Facebook page, in which he reads out names from the list of police station officers, who should bring votes to Taron Margaryan. Later, internal investigation was launched upon the order of Vladimir Gasparyan. The ruling Republican Party of Armenia (RPA) headquarters also referred to the materials disseminated by Pashinyan, noting that they have nothing to do with the reality.